DID ANTINOUS SEE CLEOPATRA'S TOMB
ON HIS LION-HUNTING EXPEDITION? 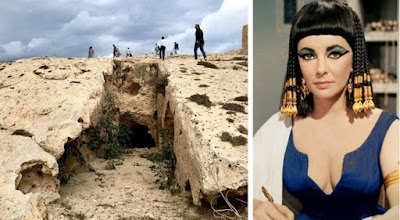 Now esteemed Egyptian authority Zahi Hawass has added his voice to the growing number of experts who believe her tomb could be hidden in a labyrinth beneath a Roman era fort in the desert west of Alexandria called Taposiris Magna.

In fact, Hawass says he is nearly certain he has discovered the tomb at Taposiris Magna, 30 kilometres west of Alexandria.

"I'm very close: I really think I've found it, I'm on the right track, I have high hopes of finding it soon," Hawass was quoted as telling a archaeology conference in Palermo Italy. His claims are reported in IL MESSAGGERO.

He did not divulge the exact location of the tomb, saying only that it is in the environs of the Taposiris Magna temple.

Experts from Egypt and the Dominican Republic have discovered the temple's original gate on its western side. In pharaonic Egypt the temple was named Per-Usir, meaning "A place of Osiris."

Legend has it that when the god Seth killed Osiris he cut him into fourteen pieces and threw them all over Egypt. This is one of 14 temples said to contain one piece of the god's body. 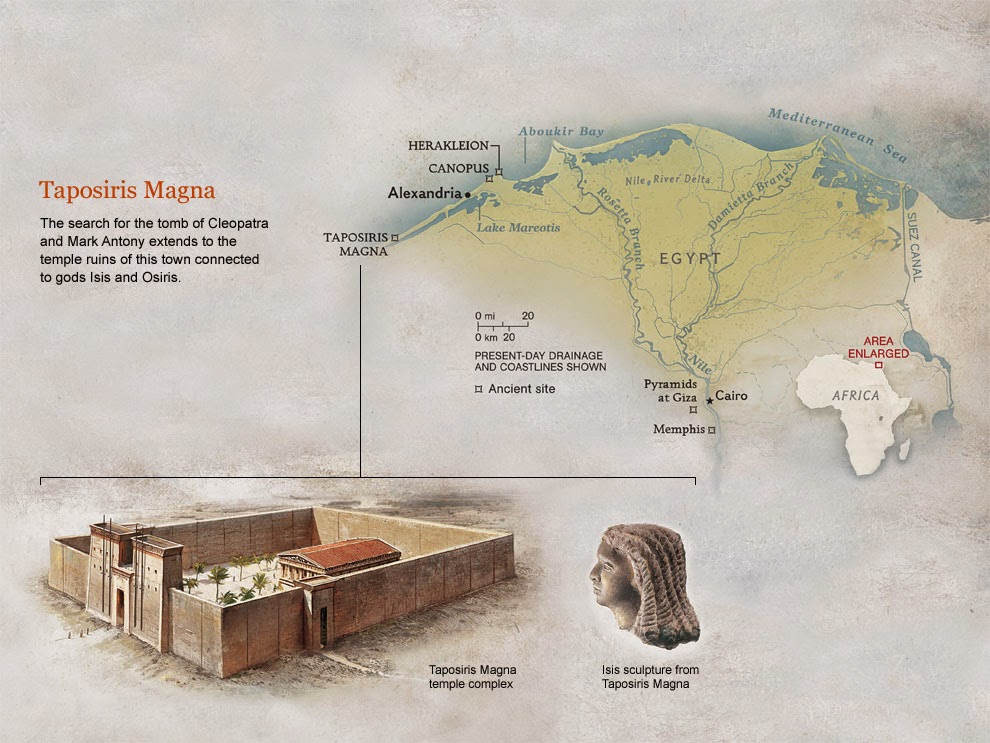 The team also found limestone foundation stones, which would once have lined the entrance to the temple.

One of these bears traces indicating that the entrance was lined with a series of Sphinx statues.

The team, led by Dr. Kathleen Martinez, began excavations in Taposiris Magna ten years ago in an attempt to locate the tomb of the well-known lovers, Queen Cleopatra VII and Mark Antony.

There is some evidence that suggests that Egypt's last Queen might not be buried inside the tomb built beside her royal palace, which is now under the eastern harbour of Alexandria.

The archaeologists have been exploring the underground labyrinth, turning up a bronze statue of the goddess Aphrodite, the alabaster head of a Cleopatra statue, a mask believed to belong to Marcus Antonius and a headless statue from the Ptolemaic era. 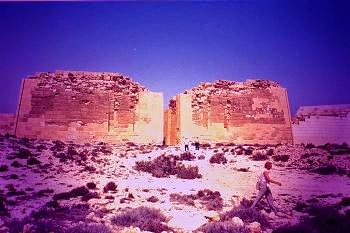 The location is of great interest to those of us who love Antinous because it is very likely that Hadrian and Antinous visited this temple site in August of the year 130 AD ... the final summer of the brief life of Antinous.

As we know, the imperial entourage was visiting Alexandria in the summer of the year 130, and we know that Hadrian and Antinous hunted and killed a man-eating lion which had been terrorizing the countryside.

It was described as a "Libyan" lion, "Libya" being the term used in those days for everything west of Alexandria.

So it is highly possible (even likely) that the imperial hunting party passed by the temple at Taposiris Magna, which is less than 45 kms (30 miles) west of Alexandria. 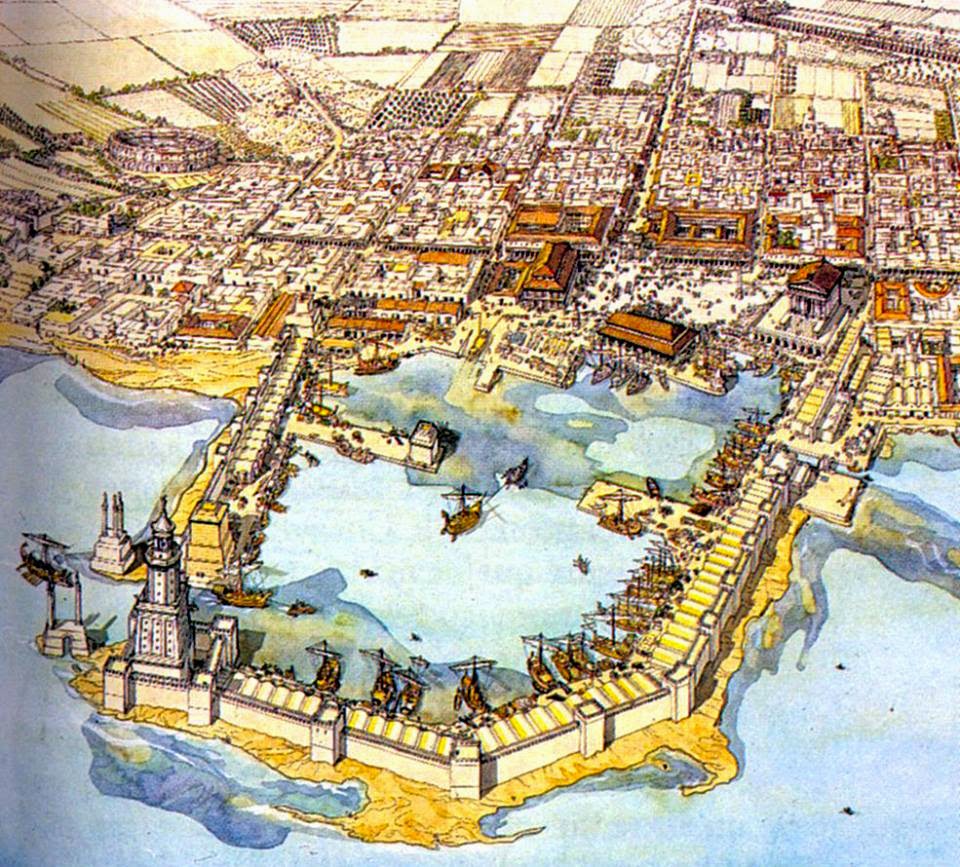 In the year 130 it was a vast complex of temples that included a Roman fortress. The name Taposiris comes from the legend that one of the relics of Osiris was enshrined there.

This is a very noteworthy site because it is the location of the only wholly Greek style temple (with columns) ever known to have been built in Egypt.

And it is also a temple which was converted into a military fortress by the Romans. 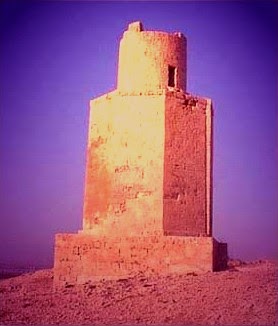 In addition, it is the location of a unique stone tower overlooking the sea which is believed to have been a miniature replica of the Great Lighthouse at nearby Alexandria.

Only shattered walls and foundations are left to indicate the size of Taposiris Magna.

It is entirely conceivable that Cleopatra and Marcus Antonius, cornered by Octavian's advancing forces, might have sought refuge at this fortified temple complex with its tower suitable for use as an observation post.

It is also entirely possible that Cleopatra and Marc Antony were buried here.

Posted by Hernestus at 4:44 PM