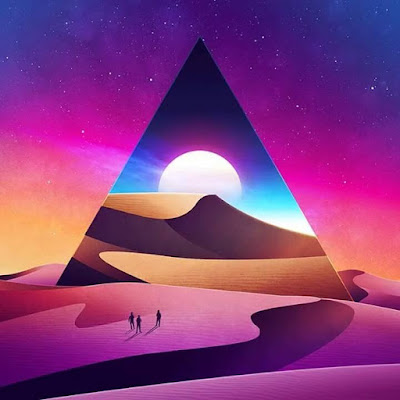 SCIENTISTS using an imaging method based on cosmic rays have detected a mysterious and very large chamber-like "void" in the Great Pyramid of Khufu.

Researchers announced the discovery on today but said they did not know the purpose, contents or precise dimensions of what they are calling a "void" or "cavity" inside the pyramid.

To peer inside the pyramid, the scientists used an imaging technique called muon tomography that tracks particles that bombard Earth at close to the speed of light and penetrate deeply into solid objects.

They said the newly discovered "internal structure" was at least 100 feet (30 meters) long, and located above a hallway measuring about 155 feet long (47 meters) called the Grand Gallery, one of a series of passageways and chambers inside the immense pyramid.

The researchers said it constitutes the first major inner structure found in the Great Pyramid since the 19th century.

"What we are sure about is that this big void is there, that it is impressive, that it was not expected by, as far as I know, any kind of theory," said Mehdi Tayoubi, president and co-founder of the HIP Institute in France, one of the leaders of the study published in the journal Nature.

"We open the question to Egyptologists and archaeologists: what could it be?" added Hany Helal of Cairo University.

The findings come from a project called Scan Pyramids that relies on non-invasive scanning methods to probe the internal structure of the pyramids of ancient Egypt's glorious Old Kingdom period and understand how they were built.

"We are not doing this mission in order to find hidden cavities," Helal said.

Muon particles originate from interactions between cosmic rays from space and atoms of Earth's upper atmosphere. The particles can penetrate hundreds of yards (meters) into stone before being absorbed. Placing detectors inside a pyramid can discern cavities within a solid structure.

Posted by Hernestus at 5:00 PM