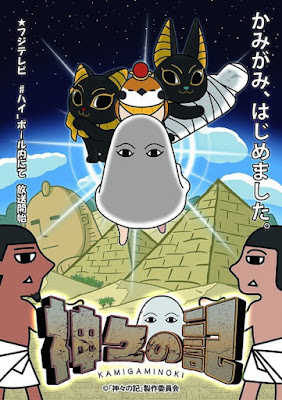 And now ... after a slumber of 3,400 years, MEDJED, whose name means "The Smiter," has been summoned forth from the Egyptian DUAT underworld ... Medjed gets his own TV series in Japan. 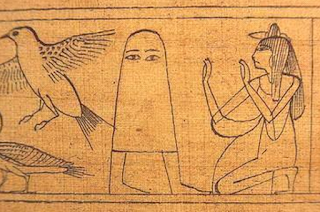 FUJI says it will air a new television anime based on the Egyptian god Medjed titled "Kamigami no Ki" (Chronicles of the Gods).  The first episode will premiere on the late-night variety program #Hi_Poul on November 24.

The series will be set around 3000 BC in Egypt. It will center on Medjed, but will also feature various gods from the Ancient Egyptian pantheon, including Bastet, Anubis, and Ra, as well as two human characters named Iabi and Aakeu.

Medjed's name is mentioned in only one source, the Greenfield papyrus version of the Book of the Dead, and was never intended to be uttered aloud by mortals, except by priests in prayers for the deceased.

His image was only meant to be seen by the KA (soul) of the deceased ... and by the Gods of Egypt.

Medjed remained buried in obscurity until 2012, when the British Museum held an exhibit on ancient Egypt at the Mori Arts Center Gallery in Tokyo. Visitors were surprised by the god due to his unusual appearance and a certain similarity to the character  Obake no Q-Taro.

Japanese netizens quickly found Medjed to be cute, and began creating fan art of him.

Medjed soon became a full-fledged meme, taking on a life of his own, as memes often do. 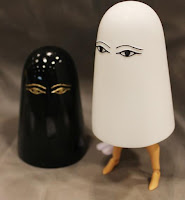 His fearsome role as Osiris's guardian (he is said to be able to fly and eats human hearts) and cute, simple appearance allow for a versatile range of depictions.

He is even called "the oldest yuru-chara" (regional mascots like  Funassyi and Kumamon).

Medjed now has not one, but two different Japanese Twitter accounts, @Medjed_tweet and @medjed_god, with a total of 6,915 followers. 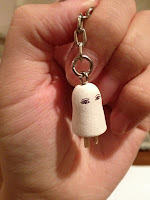 The Japanese news and entertainment site Netlab also hosts a manga, "Joyful Medjed," portraying Medjed, a pharaoh, and other Egyptian gods as salarymen.