ANTINOUS AND HADRIAN DEDICATE
THE TEMPLE OF ZEUS IN ATHENS 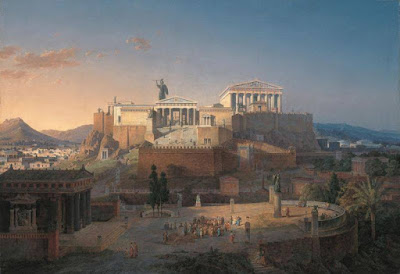 Construction of the great temple of Olympian Zeus in Athens was not complete when Hadrian arrived with Antinous and the glorious Imperial court in the autumn of 128 AD.

But the inner Cella was finished, and the gold and ivory statue of Zeus was ready for consecration.

The Temple was a sign of the devotion that Hadrian had for the Athenian people, and the ancient Gods of Greece, and the magnificence of Our Father Zeus, whose representative on Earth Hadrian was. 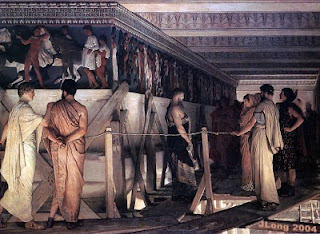 Consecration of this temple, which was presided over by Hadrian as Pontifex Maximus, with the elegance and divine presence of Antinous by his side, was a central event leading to the declaration of the Greeks that Hadrian was the living incarnation of Zeus.

It was at this time that Hadrian began the unification of the Greek people with the formation of the Panhellenios, a league representing all the regions of Greece. 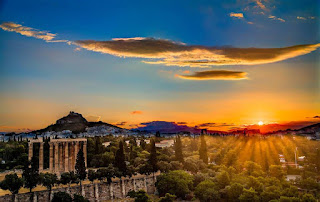 From this moment forward, Hadrian was proclaimed, worshipped and honored as the living representative of Zeus throughout Greece and especially in Asia Minor, which was the birthplace and stronghold of the Imperial Cult.

We honor Hadrian as Zeus, Our Father, and through him extend our adoration to Olympian Zeus, Jupiter Capitolinus, by whose strength the world was set in order.