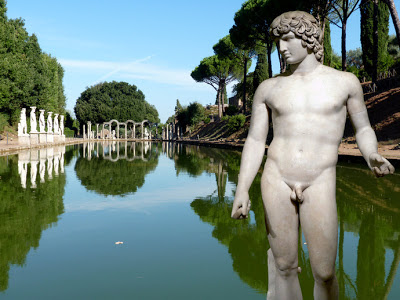 IT is well known that the private quarters and public reception halls at Hadrian's Villa were lavishly decorated.

But now a team of archaeologists "doing Cinderella work" of painstakingly scrubbing mosaic floors and walls have discovered that even the ordinary areas of the villa were exquisitely adorned. 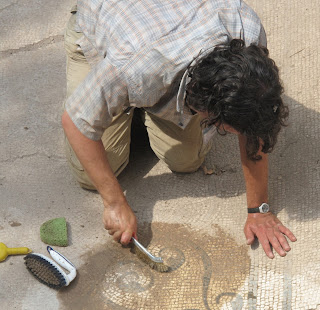 Dazzling mosaics show that personnel who kept the sprawling compound operating on a daily basis lived and worked in surroundings befitting a Patrician home on the Palatine Hill.

But most of that attention was to better understand the genius of the popular Hadrian, according to Columbia University's Francesco de Angelis, a professor of art history and archaeology.

De Angelis, who has been leading a dig at the site since 2013 with Marco Maiuro, adjunct history professor and associate fellow of Columbia's Italian Academy, notes that the villa was continuously occupied well beyond Hadrian's reign, from 117-138 AD, at least until the 5th Century AD. 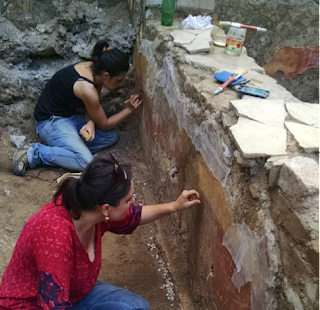 That means that much of its history and the people who lived there have never been properly studied.

"Until now, scholarship has focused very much on the pageantry … the beautiful statues, the reception halls … and less on the workaday," said de Angelis.

"How did they live, work, worship? This intersection of high and low, quotidian and ceremonial, can be investigated by looking jointly at the grand architecture and decoration and the more ordinary spaces."

The two professors, working with a team of students from Columbia and Barnard through the Italian Academy's Advanced Program of Ancient History and Art, as well as other universities, completed fieldwork in Tivoli during the summers of 2014 and 2015.

They will return in June 2016 to continue the excavation of two less explored parts of the villa.

The first is the Lararium, possibly a shrine to the household gods called Lares located near the Great Vestibule, the main entrance to the villa and crucial center for rituals governing access to the complex.

The other excavation site is the Macchiozzo, an area covered by bushes and trees close to the center of the property. 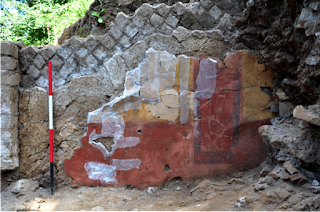 At both sites, the Columbia team is researching the daily life not of an emperor and aristocrats, but of the villa’s continuous inhabitants … the administrators, staff members and slaves who lived there throughout Hadrian's long absences.

Hadrian spent more than half his reign traveling throughout his empire, leaving new structures and cities from Britain to present-day Turkey.

Last summer students who were scrubbing mosaic floors …"Cinderella work," de Angelis calls it … were dazzled by the tile patterns under centuries of encrustation.

"Even the most humble tasks yield extraordinary results and contribute to our historical understanding of Hadrian’s Villa."

The 2015 dig season yielded a number of unexpected artistic and architectural results, confirming de Angelis and Maiuro's theories that lower-ranking villa residents performed their religious activities at the Lararium and lived or conducted business at the Macchiozzo. 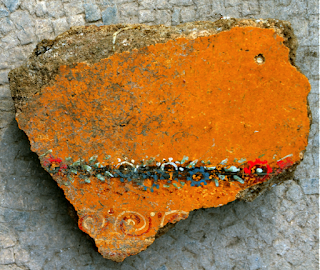 Work at the Lararium revealed that this courtyard in front of a small temple may have been connected to slave quarters in the northernmost part of the villa.

Stratigraphic analysis indicates it was abandoned two centuries earlier than other parts of the villa.

Later on it became a dumping ground for architectural marble fragments from all over the villa.

The Macchiozzo is a large compound built during Hadrian’s time combining elements of luxury architecture, such as marble-faced walls, with utilitarian structures, such as ramps and water channels.

In 2013 archaeologists uncovered an UNDERGROUND EXPRESSWAY tunnel which enabled servants, couriers and other villa personnel to scurry unobtrusively from one end of the villa compound to the other.