HOW LOOTING IN IRAQ UNEARTHED
THE TREASURES OF GILGAMESH AND ENKIDU 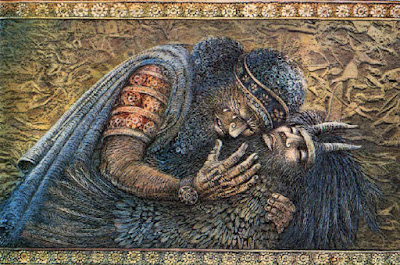 IN an amazing twist of irony, looting in Iraq has unearthed a tablet which fills in gaps in the story of Gilgamesh and Enkidu.

The newly discovered fragment, found on the black market in the Kurdish part of Iraq, comes from an episode in which Gilgamesh and his friend Enkidu invade the distant Cedar Forest to kill the ogre who guards it for the gods, and to plunder its timber.

The text of the epic is quite stable – meaning that different manuscripts hold pretty much the same text – but some lines are beset by damage and others are missing altogether.

This Babylonian poem, reconstructed from more than 200 fragments, tells the story of one man’s doomed quest for immortality. 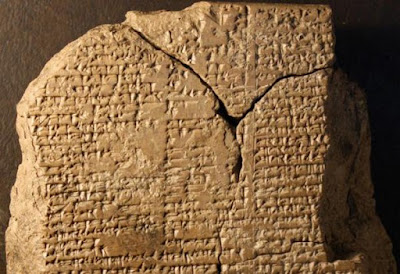 It struggles with the same existential preoccupations as we do: what it means to be mortal in an eternal world, how human nature differs from animal and divine, the ethics of political power and military force.

It reflects ourselves, for we are all Gilgamesh, and therein lies its power to move us.


The new piece fills a large gap in the poem at the beginning of the episode, when the two heroes approach the Cedar Forest and stand awestruck in its deepening shade. 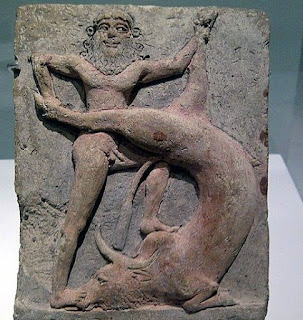 There is a lively description of the deafening noise that filled the forest canopy: the squawks of birds, buzz of insects and yells of monkeys form a cacophonous symphony to entertain the forest’s guardian.

This is not the familiar forest of northern folklore, of Little Red Riding Hood and Hansel and Gretel.

It is a jungle, a Heart of Darkness presenting moral dilemmas. Is it right for the forces of civilization to invade, kill the guardian and steal his timber?

The end of the episode makes clear the poem’s ambivalence to the destruction of the forest. "My friend," says Enkidu to Gilgamesh, "we have reduced the forest to a wasteland; how shall we answer our gods at home?" 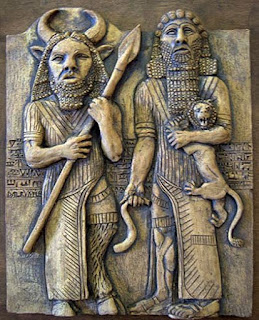 The pillaging of nature was not without shame, even then.

The Epic of Gilgamesh asserts the endurance of civilised values in the face of barbarity.

It is an ancient monument like Nimrud, Hatra and Palmyra, but its substance is words and ideas, and so it cannot be destroyed like material things.

And it is not yet complete.

More tablets like the one in Sulaymaniyah will come to the surface, either on the market or through regular excavations.

Then, on some distant future day, we will have finally reconstructed this most majestic Babylonian poem.