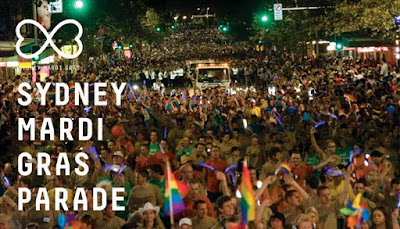 Highlight of the annual event was a public apology by the city and state police for their brutal attack in 1978 which spawned rioting and protests ... which evolved into the Mardi Gras. 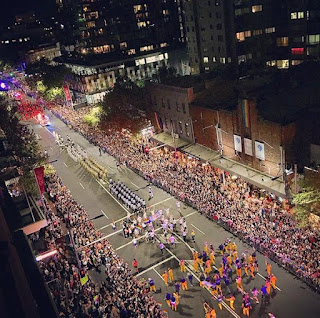 This year's parade capped two weeks of gala events and culminated with a standing-room-only after party overnight Saturday/Sunday.

This year's parade was notable for its political flavor, the highlight of which came when the New South Wales state government, Fairfax Media and the NSW Police Force apologized to the parade's founders, the "78ers".

A police contingent also marched in the parade (photo below).

Also, the man who hopes to become Australia's next prime minister, Labor opposition Leader Bill Shorten, became the first leader of a major political party to march, alongside his deputy Tanya Plibersek. 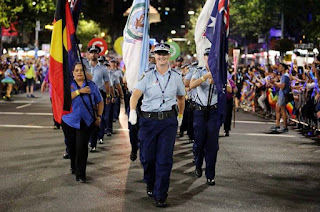 At a press conference, and flanked by Labor members wearing shirts reading "It's Time for Marriage Equality", Shorten and Plibersek promised to implement marriage-equality legislation.

"If we are elected, within 100 days we will enact marriage equality in Australia," he proclaimed. 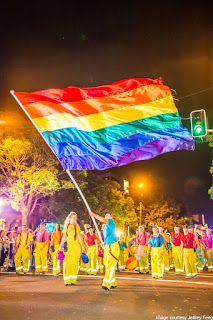 But he called on current Prime Minister Malcolm Turnbull to hold a vote in parliament immediately without waiting for the next election.

While he didn't march, Turnbull told reporters he had been coming to the parade "since last century" and that he would not be attending any after-parties.

Plans are already being made for next year's Sydney Mardi Gras, which will be held 4 March 2017.

Posted by Hernestus at 1:34 PM