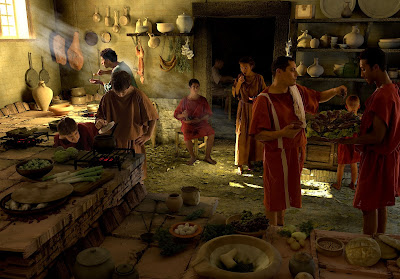 IT turns out the Ancient Romans were using non-stick, easy-to-clean pottery stewing and tableware 2,000 years before the invention of chemically-treated non-stick cooking utensils.

An archaeological find in Italy this past week provided evidence that earthenware clay pots had a glazed coating that provided a non-adherent surface, making the pots and pans ideal for cooking meat-based stews ... and cleaning up afterwards without scrubbing.

You may have seen news reports claiming these are "non-stick frying pans" … which is not entirely true. 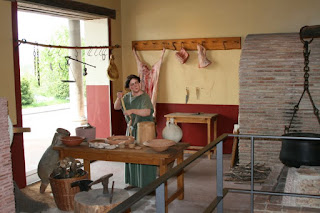 Instead, here is how author/priest Martinus Campbell explains the find:

"These are a specific type of plain or decorated, pale orange or bright red, stewing pots and tableware made in Gaul during the Roman Empire," he says.

"These have glossy surface glazes making them easier to clean than the plain terra-cotta most ordinary Roman's used ... hence non-stick. They were produced in standard shapes and sizes, were manufactured on an industrial scale and widely exported. Archaeologists find it in most Roman sites all across the Empire."

What is new is that the objects found at the ruins of an ancient pottery production factory show that these pottery serving wear pots, lids and bowls were mass-produced, making them a key accessory among kitchens all over the Roman Empire when Antinous walked the earth as a mortal.

Though there had been previous speculation that ancient Romans produced the innovative serving ware in factories, no actual evidence had been uncovered. Until now. 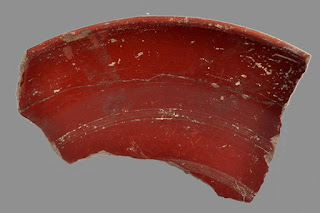 Found by University of Naples archaeologists Marco Giglio, Giovanni Borriello, and Stefano Iavarone, the pots were located in the ancient city of Cumae, which once stood near present-day Naples.

In the equivalent of an ancient dumpster pit, the trio found roughly 50,000 different pieces of lids, pots, and bowls.

Though each turned out to be of varying shape and thickness, the fragments boasted one incredibly similar characteristic: a distinct red-slip coating.

It's the same sort of red-slip coating cookware mentioned in the ancient Roman cookbook De Re Coquinaria that calls for its use when making meat-based stews.

That means the artefacts were actually factory rejects ... pots, lids and bowls which were deemed imperfect and thus were thrown away.

"The dump was used by a pottery factory. This shows for the first time the Cumane patellae (cookware from the city of Cumae) were indeed produced in this city." 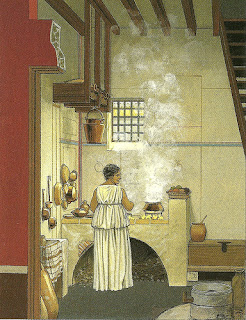 Back in 1975, archaeologist Giuseppe Pucci attempted to identify a series of pans from Cumae, saying they were a form of pottery more widely referred to as Pompeian Red Ware that boasted a similar red-slip coating to what was found near Naples.

Until Giglio's team discovered the fragments, though, no physical remains existed to corroborate Pucci’s claims.

Though the fragments were found in what the team considered a dump, the archaeologists were impressed at the quality of what was recovered.

"Cumae indeed appears to be the main production center of these anti-adherent pans widely used throughout the Roman Empire," Giglio continues. "Finding a dump like this one is an archaeologist’s dream."

Despite the seemingly large haul of found fragments, only ten percent of the area previously filled with pottery factories has been explored.

After analyzing the unearthed cookware, Giglio says they date all the way back to the Roman rule of Augustus and Tiberius from 27 B.C. to 37 A.D.