THIS 2,000-YEAR-OLD ROMAN FERTILITY GOD
DEEMED TOO RAUNCHY BY FACEBOOK 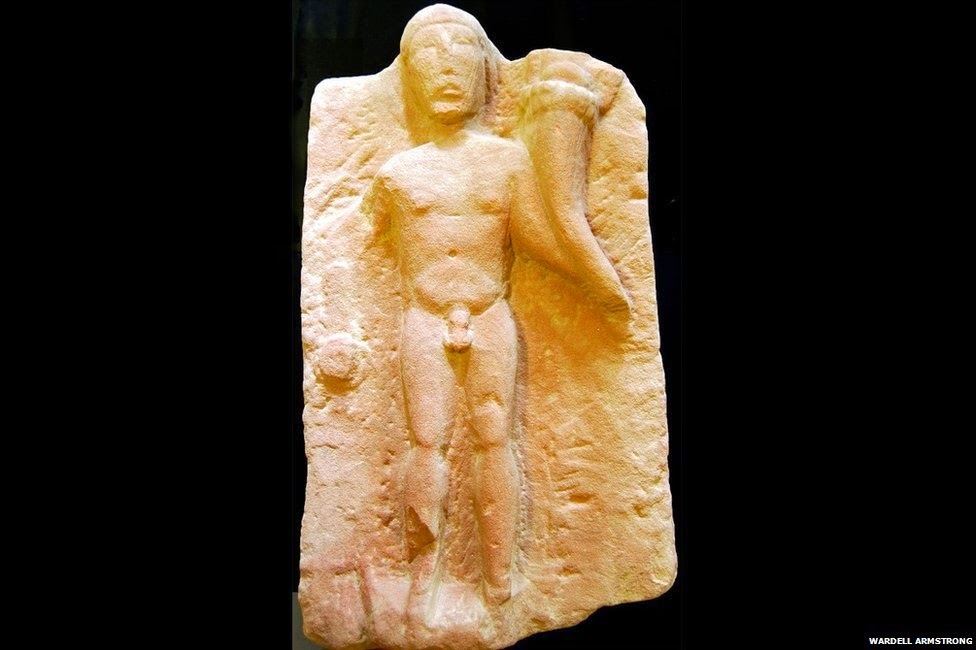 THIS amazing carving of a Roman fertility god made headlines around the world this week after it was unearthed by archaeologists in England ... but it was banned by Facebook for being too raunchy.


The find, called Genius Loci, is about 2 feet (60 cm) tall and was discovered by archaeologists from Wardell Armstrong at Papcastle near Cockermouth in Cumbria.

Regional manager, Frank Giecco, said it was a "once in a lifetime" find.

The team began exploring the site after Roman treasures and the remains of a settlement were found following floods in the area in November 2009.

This fertility deity, thought to be the guardian spirit of the area, was found amongst other artefacts, including pottery, metalwork, coins and glass have discovered at the site along with substantial stone and wooden buildings and the most complete Roman water mill yet recorded in Britain.

He is obviously pleased with his horn of plenty.

However, when in-cumbria.com tried to promote the article using a Facebook advertisement that included the picture, the social network refused to publish it.

In an email Facebook said: "Your ad content violates Facebook Ad Guidelines. Ads are not allowed to promote the sale or use of adult products or services, including toys, videos, publications, live shows or sexual enhancement products." 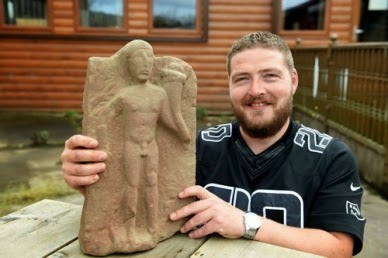 Archaeologist Dave Jackson (left) can scarcely believe that pictures of a Roman statue have been banned from Facebook.

"I can't believe it – it's madness. Of course it's appropriate, it's a 2-000-year-old fertility deity," said Megan Stoakley, finds and archives officer at Wardell Armstrong Archaeology is struggling to believe that the fertility god has caused such a reaction.

"It's very clearly a fertility god, it's got a very prominent cornucopia and the round symbol in its hand is what’s called a patera, are symbols of fertility," she added.

"The fact that it's nude and has a rather large appendage would also indicate that it's a fertility god.

"This would have been absolutely normal at the time. It’s a very special piece, it’s very significant and it shouldn’t be censored. The public should see it," Stoakley said.

Nick Turner, online editor for in-Cumbria, was bemused by the Facebook email.

"We wanted to use a Facebook advert directed to people interested in archaeology about this amazing find, but it seems that the Rude Man of Papcastle as we've dubbed him in our office is a bit too rude for those shrinking violets of Facebook," he said.

"It's a good job we didn't mention the statue was found near Cockermouth or we could really have sent them into a flap," he added.