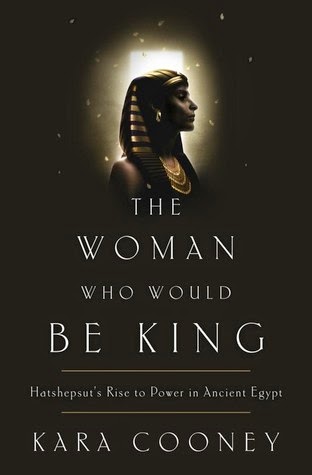 A remarkable biography of Hatshepsut has just been published by a renowned woman Egyptologist who has blown off fusty, musty and dusty academic prose to write in a lively and entertaining style.

"Popular, fun, human and sexy and lively" is Kara Cooney's description of her new book: THE WOMAN WHO WOULD BE KING.

A respected academic at UCLA, Dr Kathleen Cooney chose to write as KARA COONEY to allow her to write in a more speculative fashion about Hatshepsut.

Yes, it is fun to read ... but the archaeology and the history is sound.

Hatshepsut—the daughter of a general who usurped Egypt's throne and a mother with ties to the previous dynasty—was born into a privileged position in the royal household, and she was expected to bear the sons who would legitimize the reign of her father’s family.

Her failure to produce a male heir was ultimately the twist of fate that paved the way for her improbable rule as a cross-dressing king.

At just over twenty, Hatshepsut ascended to the rank of pharaoh in an elaborate coronation ceremony that set the tone for her spectacular reign as co-regent with Thutmose III, the infant king whose mother Hatshepsut out-maneuvered for a seat on the throne.

Cooney speculates that Hatshepsut was a master strategist, cloaking her political power plays in the veil of piety and sexual reinvention.

Just as women today face obstacles from a society that equates authority with masculinity, Hatshepsut shrewdly operated the levers of power to emerge as Egypt's second female pharaoh. 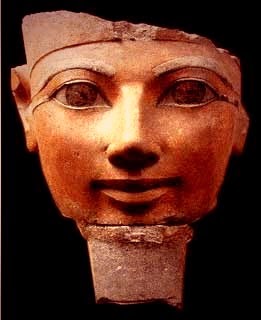 Hatshepsut successfully negotiated a path from the royal nursery to the very pinnacle of authority, and her reign saw one of Ancient Egypt’s most prolific building periods.

Scholars have long speculated as to why her monuments were destroyed within a few decades of her death, all but erasing evidence of her unprecedented rule.

Constructing a rich narrative history using the artifacts that remain, noted Egyptologist Kara Cooney offers a remarkable interpretation of how Hatshepsut rapidly but methodically consolidated power—and why she fell from public favor just as quickly.

Her theory: If Hatshepsut had been a lousy ruler, her name would have stood for all posterity as an admonition against allowing other women to come to power.

But Cooney speculates that Hatshepsut was a brilliant ruler … and for that reason her name was erased from all public records by men who were intimidated and fearful that another strong woman could come to power.

The Woman Who Would Be King traces the unconventional life of an almost-forgotten pharaoh and explores our complicated reactions to women in power.