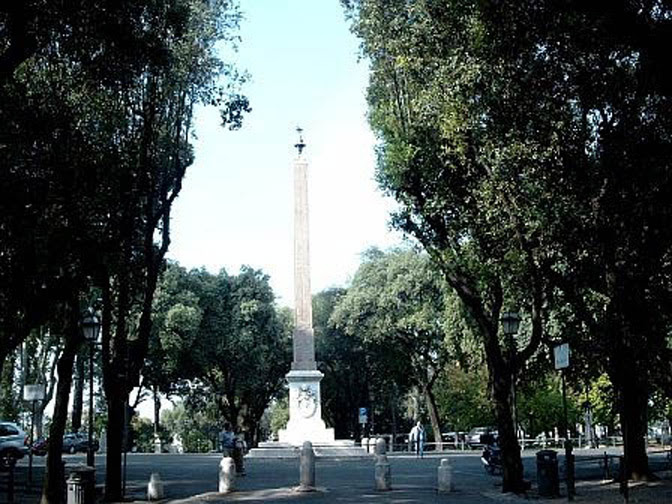 FLAMEN Antonyus Subia, as part of his Sacred Pilgrimage to Rome, has visited the OBELISK OF ANTINOUS.

As Flamen Antinoalis or "high priest," Antonyus is the first practicing and widely recognized priest of Antinous to bow down in front of the Obelisk since the Fall of Rome and the rise of Christianity.

ANTINOUS THE GOD IS HERE!
HE RESTS IN THIS PLACE
WHICH IS IN THE BORDER FIELDS OF OUR LADY ROME!

Clearly, those words indicate that the Obelisk once stood at the Tomb of Antinous. But because the Obelisk has been moved several times over the centuries ... we do not know where the tomb is!