PARTHENON SCULPTURES WERE ABLAZE
WITH VIVID PIGMENTS LIKE 'EGYPTIAN BLUE' 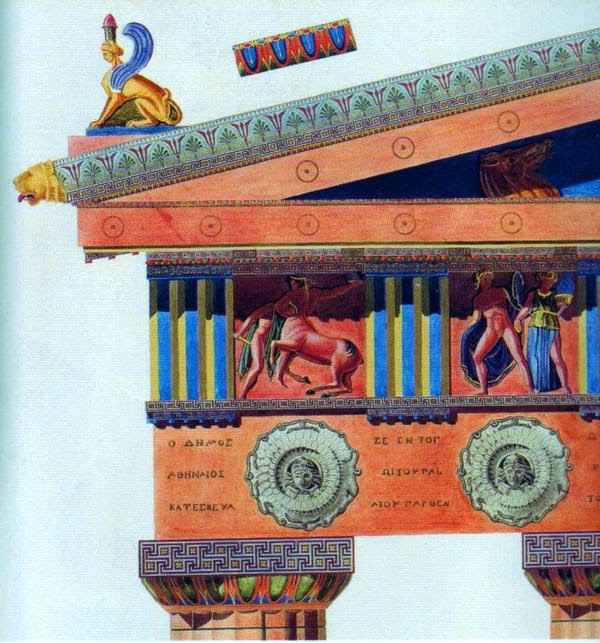 WE think of Classical sculptures as being bare white marble, but scientists have determined that the Ancients coated all surfaces with vivid pigments ... especially "Egyptian Blue."

Perhaps the earliest artificial pigment, Egyptian blue was first employed in Egypt and Mesopotamia around 2500 B.C.
The use of this bright crystalline material spread throughout the Mediterranean world and was widely used until around 800 A.D.
A new technique developed by Giovanni Verri, a physicist in London's British Museum, takes advantage of the fact that Egyptian blue, when exposed to red light, appears to glow when viewed through the lens of an infrared camera.
Verri applied the technique with his portable detector onto the marble works and the parts that were once painted blue lit up. 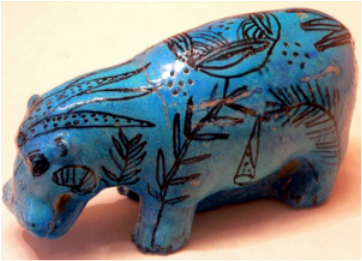 His technique exposed the ancient pigment on a number of figures within the collection of Elgin Marbles.
He found Egyptian blue on the belt of Iris, the winged messenger goddess.
A blue wave pattern was also present on the sea from which Helios, the god of sun, rises with his chariot on the east pediment.
"The ancient pigment also appears on the drapery of the goddess Dione, on the east pediment. There, the pigment was clearly applied in stripes, probably to represent precious embroidery bands on the robe," Verri said.

Although scholars have long suspected that the Parthenon, like many other sculptures of antiquity, was once brightly colored, no evidence has previously been found to support this belief.
"This study provides the first scientific evidence of painted color on the sculptures from the Parthenon," Verri says in this video: