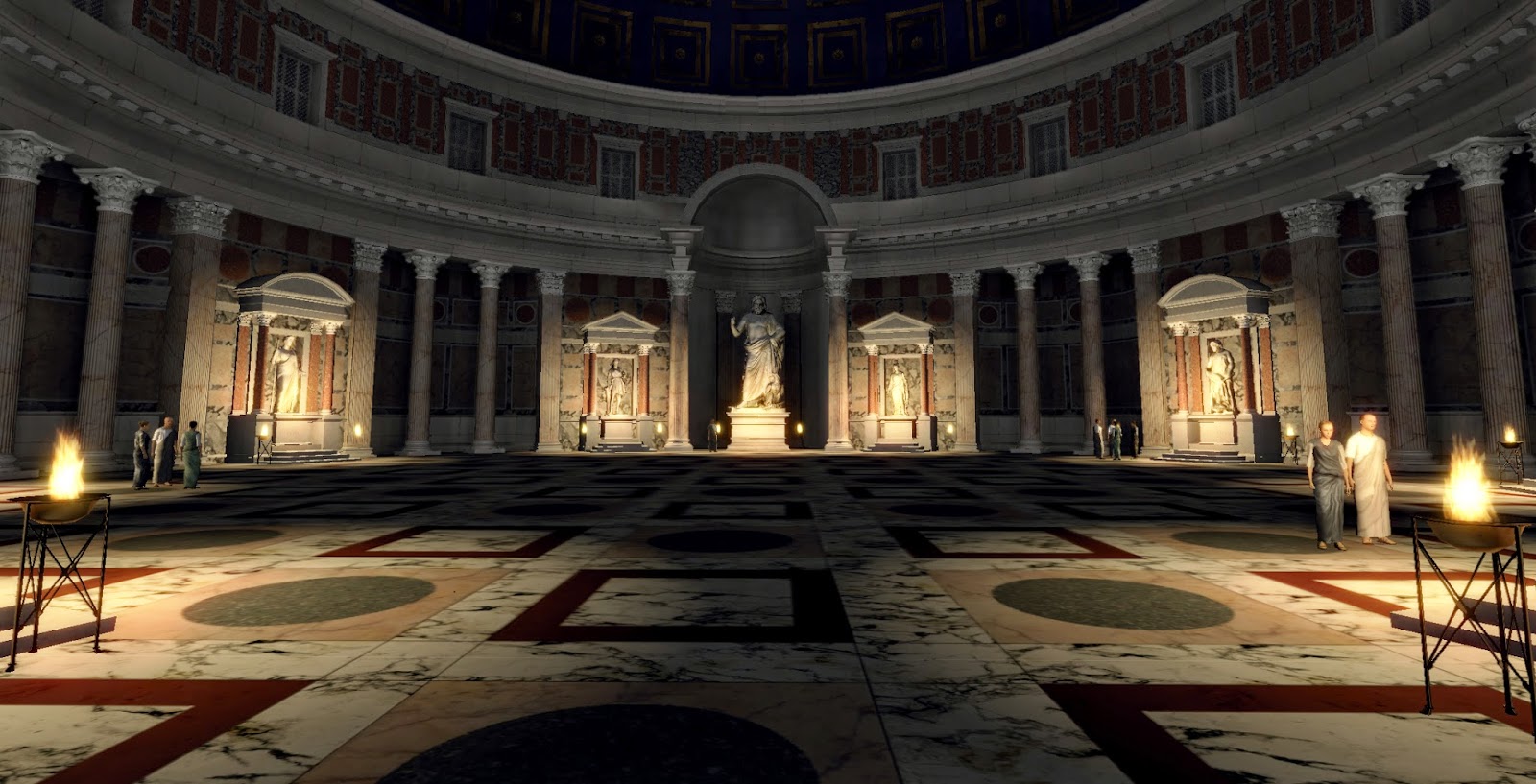 NOW you can walk through Hadrian's Pantheon and marvel at its grandeur just as Antinous did soon after it was built.
A brilliant new simulation by BSU’s IDIA Lab represents the Pantheon and its surrounds as it may have appeared in its heyday.
Visitors to this VIRTUAL PANTHEON can tour the vicinity, learning about the history, function and solar alignments through an interactive heads up display created for this project.
True to its name, the Pantheon was a temple to all the major Roman deities. The statues displayed in this simulation represent a possible configuration and are scanned via photogrammetry.
The buildings surrounding the Pantheon are built and interpreted by IDIA based on the large scale model of ancient Rome built by Italo Gismondi between 1935 and 1971. The model resides in the Museo della Civiltà Romana, just outside of Rome, Italy.