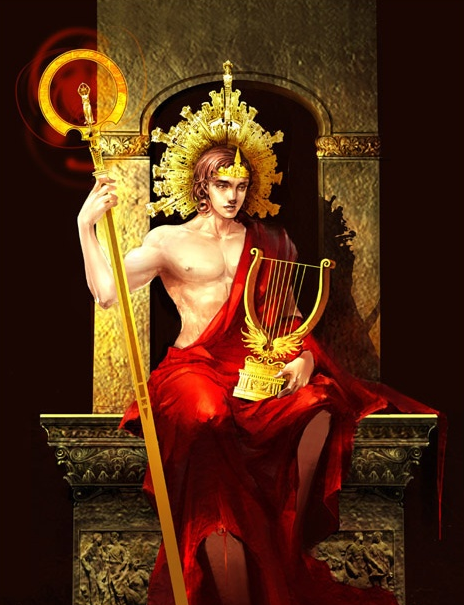 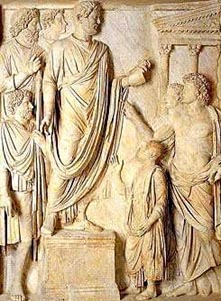 Also on the Solstice we celebrate the day that Hadrian and Antinous met and fell in love ...  "Incipit Amor".

In the year 123, Hadrian toured the Danube region and Asia Minor. It was on this occasion that he met and fell in love with Antinous, in the ancient Bithynian capital city of Nicomedia, according to current research. One portrayal of the event has Hadrian in a garden, surrounded by the youth of the city, hearing a poetry recital.

Antonius tells it this way:


"Towards the back of the crowd, Hadrian notices a boy of extraordinary beauty who did not bring a stylus and tablet for taking notes, but sat removed from the others, silently gazing into the fountain, contemplating the words of the reader, as if in a dream. Hadrian was captivated, and is said to have gained the blessing of the boy's parents to have Antinous join the court, where there were already other boys of Hadrian's interest. Antinous would have been twelve years old. He was then sent to Rome to attend the Paedagogium, a finishing school for boys. This day marks the beginning of the love upon which our religion is based."

The relief sculpture at right shows Hadrian addressing a crowd with a boy who bears a striking resemblance to Antinous foremost in the crowd, touching the robe of the Emperor.
Posted by Hernestus at 12:00 AM