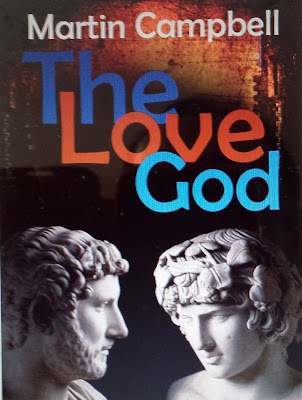 THE most brilliant novel about Antinous to appear in over half a century ... THE LOVE GOD ... is authored by our own MARTINUS CAMPBELL, priest of Antinous.

While that sounds like biased praise, we Antinomaniacs are hard to please and would not hesitate to pick apart a poorly researched book or one that denigrated Antinous, even if it were written by one of our best friends ... perhaps especially if it were.

At the same time, a sycophantic book that presented Antinous as being cloyingly sweet and angelic would be unbearable and not believable.

So we are gratified (and greatly relieved) to report that this book truly is a remarkable work of historical fiction right up there with Marguerite Yourcenar's landmark MEMOIRS OF HADRIAN 60 years ago.

Martin traces the life of Antinous from the moment his tousle-haired head emerges from his mother's womb under auspicious stars in Asia Minor to the moment his head sinks beneath the swirling waters of the Nile on a starry evening in Egypt.

Antinous comes to life as a young man of breath-taking beauty who is filled with conflicting passions and loyalties. He is a young man who at times is naive, yet at other times worldly wise with an ability to see the world as it is ... and to describe it with at times brutal honesty to the most powerful man in the world.

Above all, this is a gentle love story between Antinous and Emperor Hadrian, himself a man of contradictory passions and priorities. 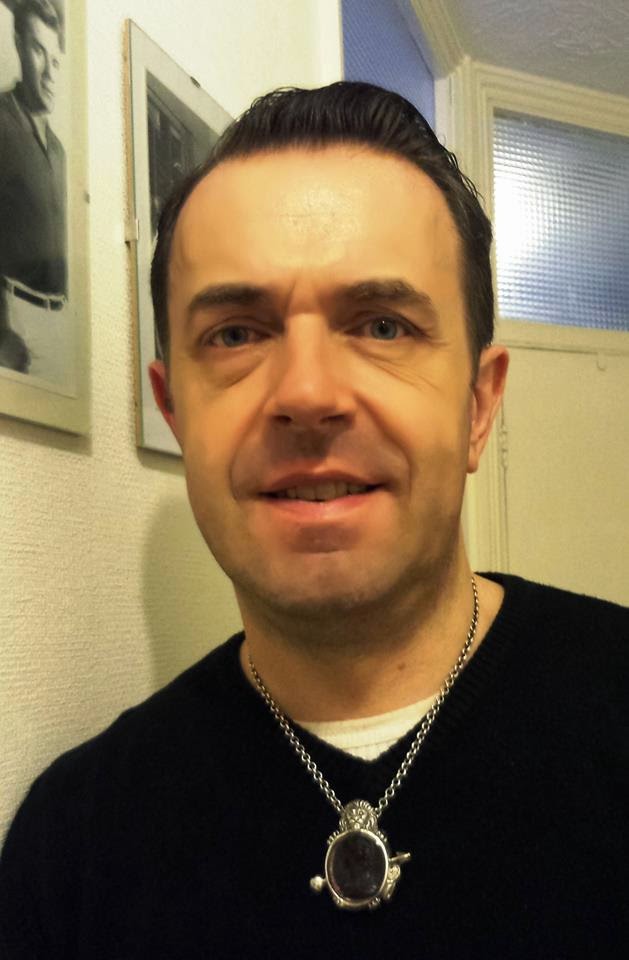 Martin himself is a man shares these passions. He has rebounded from a series of debilitating strokes to resume a daunting array of political activism for LGBTIU health and rights issues ... while working on this novel.

Based in a hilltop home overlooking the sea in Brighton England, he spent the best part of a decade researching this novel, retracing the footsteps of Antinous across Greece and Italy, as far north as Hadrian's Wall and as far south as the Nile in Upper Egypt.

Historical facts are excruciatingly accurate ... even the positions of the stars and planets at the moment of the birth of Antinous have been calculated to precision.

An academic scholar can read this book with satisfaction, noting obscure and arcane references which only the experts in the field of Antinology fully appreciate.

At the same time, however, this is a fun book to read even for those who have never heard of Antinous in their lives and who have no firm grasp of Roman civilization in the 2nd Century AD.

There is intrigue, skulduggery, near-death by lightning, getting lost in a subterranean labyrinth, a storm at sea, earthquakes ... and some fairly hot man sex as well, albeit tastefully brought to the page.

The narrator is the Classical Love God himself: Eros. He shoots his amorous arrows and ensures that Antinous and Hadrian fulfill the destiny which the Fates have in store for them ... despite efforts by certain people in the Imperial Court to thwart the Fates. 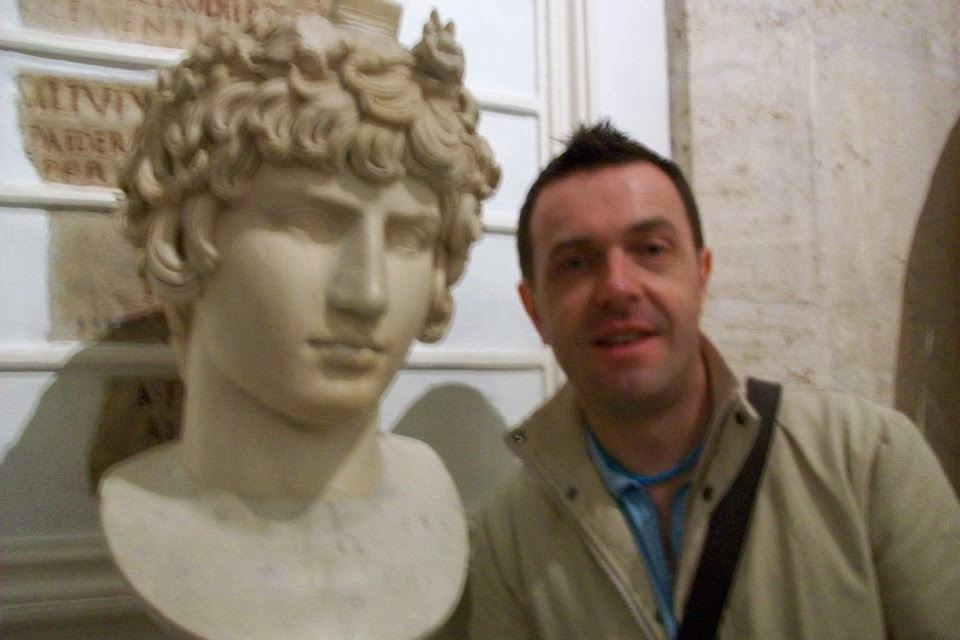 But the genius of this book is that there are no black-and-white villains or heroes. Antinous is a young man with all the problems and drives of late adolescence. Hadrian is a man with a mid-life crisis of doubt and regret.

Others such as Empress Sabina and her constant companion Julia Balbilla and their coterie of fawning courtiers and freedmen are not really hateful towards Antinous so much as they are simply perplexed by him.

They view him the way some members of the Royal Household might look at the favorite Corgi of the Queen, unable to comprehend her affection for it, her grief when it dies. 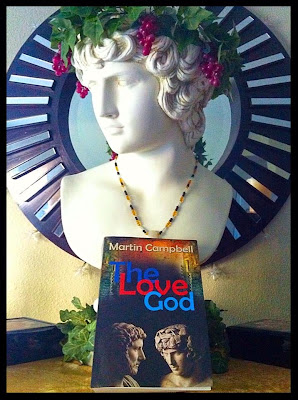 They whisper amongst themselves: What hold does Antinous have over Hadrian?

Just who does he think he is? And is he a threat to them?

What is so different about Antinous that Hadrian doesn't grow weary of him ... as he always has with previous toy boys?

Because they cannot understand how he fits in the scheme of Imperial court life, some really rather wish he would just disappear ... voluntarily or otherwise.

And through it all is the boyhood friend of Antinous who has accompanied him on this long journey with mixed feelings and with growing envy and jealousy.

The boiling emotions all stem from Eros, who winks knowingly at the reader as he shoots one arrow after another with unerring accuracy to ensure that Antinous fulfills his destiny ... to take his place alongside Eros as a God of Love.

The result is a richly entertaining and beautifully written novel which appeals to those seeking authoritative scholarly accuracy as well as readers who just want a riveting and memorable adventure yarn.

The Love God is available as Kindle and as a paperback ... CLICK HERE to order.