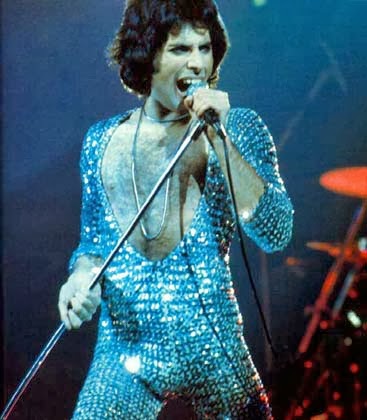 HE died 25 years ago, but a team of international researchers are paying homage to saint of Antinous FREDDIE MERCURY with a new study in that reveals exactly how singular a musical talent he was.

Urban legend maintains Mercury had a four-octave singing range, and while the team couldn’t prove that, they did discover some interesting facts. Like he was actually more of a baritone (the average frequency Mercury at spoke was 117.3 Hz.) despite usually being billed as a tenor.

Without Mercury to provide live samples, scientists brought in vocal coach Daniel Zangger-Borch to imitate Mercury’s voice. Filming Zangger-Borch’s vocal chords at 4,000 frames per second, the team got a better understanding of how Mercury probably sang.

They discovered he utilized subharmonics, which are generated when the ventricular folds in your throat vibrate along the vocal folds. Such a feat is usually only associated with Tuvan throat singers.

The study, printed in Logopedics Phoniatrics Vocology, also reveals that Mercury’s vocal chords moved faster than other people’s: A typical vibrato will fluctuate between 5.4 Hz and 6.9 Hz. Mercury’s was 7.04 Hz, beyond even that acclaimed opera singer Luciano Pavarotti.