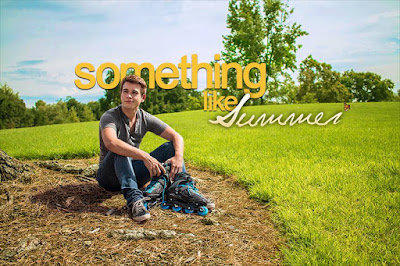 THE reviews are in on one of the most exciting new gay films making the festival circuit.

SOMETHING LIKE SUMMER traces the tumultuous relationship of Ben and Tim, secret high school sweethearts who grow over the years into both adulthood enemies and complicated friends.

The film is based on the Lambda Award-winning novel by Jay Bell.

Producer J. T. TEPNAPA tells us that the film already thrilled audiences in February at the Sydney Gay and Lesbian Mardi Gras Film Festival in Australia during the preview season.

The North American premiere was at the QFLIX film fest in Philadelphia in March.

This weekend the film was screened at Florida's MiFo Film Fest. Miami's Wire Magazine listed the movie as one of the "Best of the Festival."

The Miami reviews are in:

"Davis in particular really shines as the confused love-lost Ben and shows too that he is a very accomplished singer," he wrote, "as does Ajiona Alexus who plays his best girl pal Allison."

The reviewer concluded: "Young love is after all something to sing and dance about, with the synergy and passion that one has at that age, totally convinced that this is the first time that anyone anywhere has experienced such joy, and such heartache, too. If only."

Watch for this wonderful film when it comes to a film festival or art cinema near you: