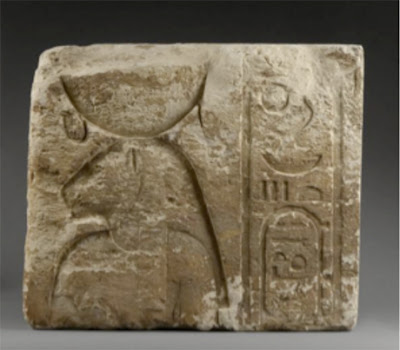 A stolen limestone relief of Egypt's last native-born magician-pharaoh that was smuggled out of Egypt has been handed to the Egyptian embassy in Paris.

Egypt's antiquities ministry has been trying for years to recover the stolen relief of King Nectanebo II of the 30th dynasty that was smuggled out of Egypt over a decade ago.

Shaaban Abdel-Gawad, the supervisor-general of the Antiquities Recuperation Department, told Ahram Online that the object was stolen from a temple in the Saqqara necropolis during the 1990s.

It was spotted last week being put up for auction in Paris and Egyptian authorities moved in and stopped the sale.

Gawad said the relief is carved in limestone and weighs 80 kilograms.

It depicts the lioness goddess Sekhmet who is adorned with the sun disk on top of her head.

The King Nectanebo II cartouche is also found beside Sekhmet.

Nektanebos II is well-known as a sorcerer-king who, when the Persian fleet was bearing down on Egypt, used effigy model ships in a tank to cast magical spells that destroyed the invading forces at sea before they could reach the landing beaches.

In the eyes of the Egyptians, he was their last great king prior to the gradual descent into serfdom under the Persians, Greeks and, finally, the Romans. 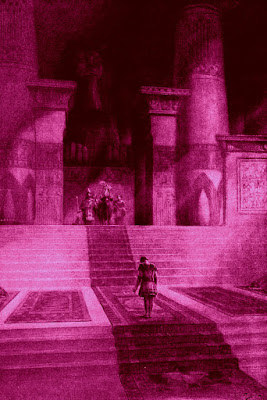 Nectanebo II was ultimately defeated and, in the summer of 342 BC, Artaxerxes entered Memphis-Heliopolis, where the Persians installed a satrap.

Nectanebo fled to Upper Egypt and finally to Nubia, where he was granted asylum.

He, however, preserved a degree of power there for some time. With the help of Chababash, Nectanebo made a vain attempt to regain the throne.


Soon after Alexander the Great's godhood was confirmed by the Oracle of Zeus Ammon, a rumor was begun that Nectanebo II, following defeat in his last battle, did not travel to Nubia but instead to the court of Philip II of Macedon in the guise of an Egyptian magician/priest. 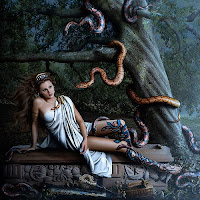 There, while Philip was away on campaign, Nectanebo II convinced Philip's wife  Olympias that Amun was to come to her and that they would father a son.

Nectanebo, disguising himself as Amun, slept with Olympias and from his issue came Alexander.

This myth would hold strong appeal for Egyptians who desired continuity and harbored a strong dislike for foreign rule.

Hadrian loved tales of mystery and magic and … as pharaoh of Egypt himself … no doubt was very familiar with the legend of Nectanebo II, the magician/pharaoh who was the father of Alexander.