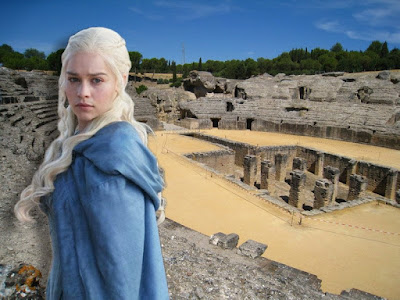 THE ancient Hispania city where Hadrian was born will be the location for some Seventh Season episodes of the television megahit series "Game of Thrones."

The fan site Watchers on the Wall picked up a report from  ABCdesevilla confirming that the HBO drama is going to film part of season seven in Santiponce, Spain.

Santiponce is a suburb of modern Seville known in ancient times as Italica, hometown of Hadrian's Roman forefathers.

The ancient Roman city is remarkably well-preserved and boasts an impressive amphitheater. The report says that HBO is particularly interested in shooting action scenes there.

When Hadrian became emperor, he launched a massive building program for his hometown, erecting public monuments and a lavish amphitheater. 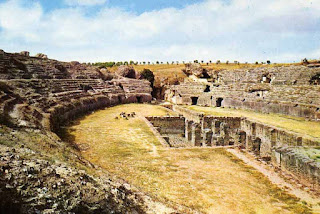 The town itself probably had a population of only 8,000 … but the enormous amphitheater could seat 25,000 spectators … clearly making it a monument to the emperor's power and grandeur.

It is believed that crowds from throughout the region converged on the amphitheater for celebrations of Hadrian's birthday with spectacular gladiatorial and animal combat displays and pageantry of a sort otherwise only seen in the Colosseum of Rome.

In an interview with the Spanish publication "Los Siete Reinos," the mayor of Santiponce revealed that HBO had also considered filming in a monastery in the town, the Monasterio de San Isidoro del Campo.

But he said the HBO location scouts later decided the monastery was too modern-looking.

But Hadrian's sprawling hometown amphitheater will most likely be a pivotal location in some Season 7 episodes.