SOON YOU CAN SEE THE CARYATIDS
AS ANTINOUS SAW THEM 1,900 YEARS AGO 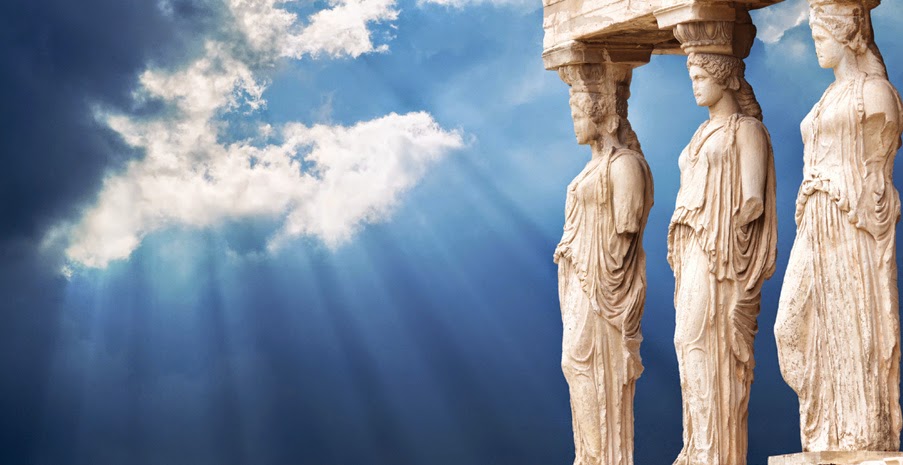 SOON visitors to Athens will be able to see the "Caryatids" as they looked when Antinous and Hadrian visited them 1,900 years ago.

Blackened by decades of air pollution, they are getting a laser face-lift by a team of experts … and will be unveiled in June.

Perched high above the city of Athens, the Acropolis dominates the city's skyline.

For 2,500 years, the six statues flanked the columns of the Erechtheion Temple on the Acropolis. Hadrian and Antinous saw them in Athens during their journeys together.

One was taken to the British Museum in the early 19th Century. The other five were moved to the Acropolis Museum in the 1970s for protection against the air pollution and acid rain. 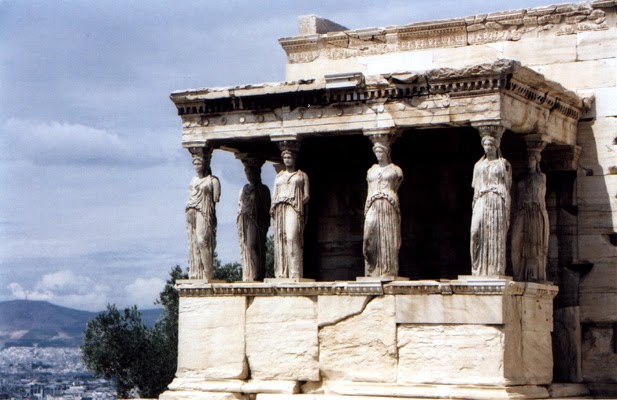 Now they are getting a makeover.

In the centre of the museum, laser machinery is being used to burn away the dirt from the marble maidens.

Three goggle-clad conservators are busy zapping decades of grime off the statues.

Conservators use an award-winning technology that combines two infrared and ultraviolet wavelengths, to avoid causing discoloration or abrasion to the original surface.

The laser beam hits the layer of crust that has formed over the years. The crust, which has a much lower threshold than the marble, absorbs the energy and disintegrates, while the marble is unaffected. 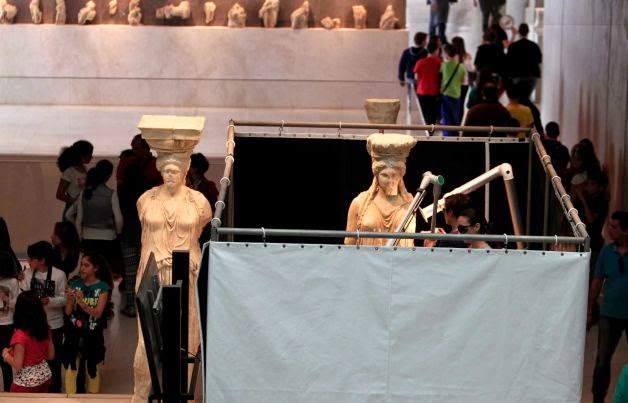 Besides the laser operators, other conservators step in to stabilize cracks in the marble.

Rather than putting the star exhibits into a lab for years, museum officials choose to do the job as publicly as possible, not only to make the museum more "alive", but also to avoid the potential hazards of moving them.

The cleaning is displayed on a closed-circuit television live to museum visitors.

To limit exposure, laser operators spend a maximum of three hours on the job every day, and it takes about seven months to clean each of the 4.5-meter tall statues.

Work began in 2011, and is expected to be finished in June.