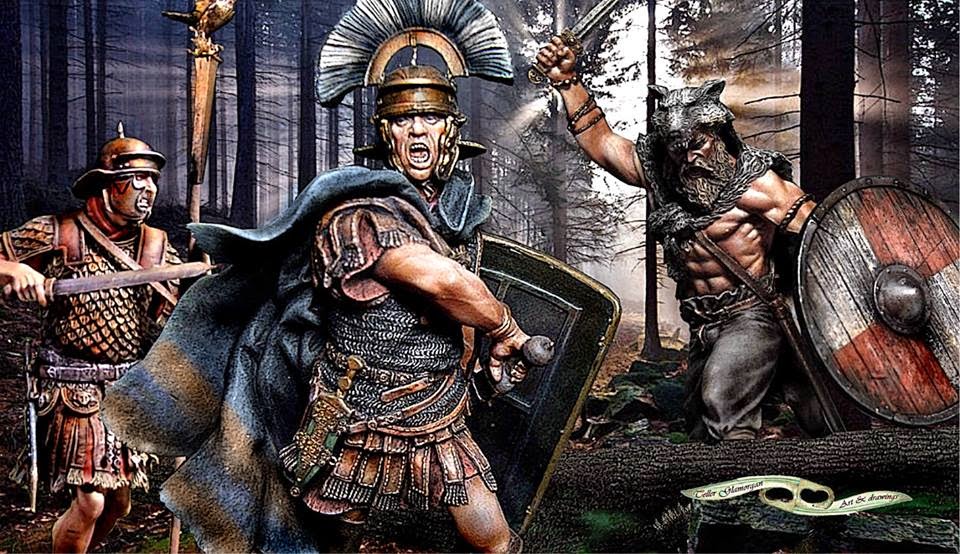 A massive military camp has been found in eastern Germany … proving that the Romans did not fully retreat from Across-the-Rhine Germania after a disastrous defeat in 9 AD at the Teutoburg Forest (illustration by Raffaelo Caruso).

The find means 2,000 years of history will have to be rewritten … because until now it had been assumed the Rhine formed the definitive boundary between the civilized world of Rome and he barbarian world of the Germanic tribes. 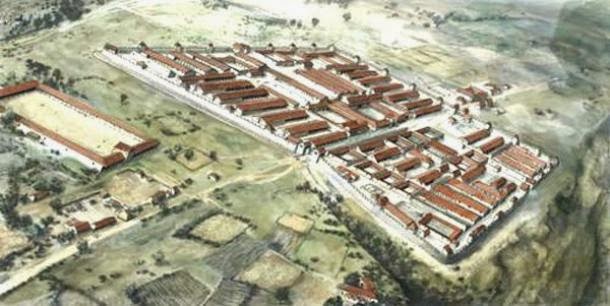 The huge Roman military camp covering 18 hectares (45 acres) is in Thuringia in eastern Germany, hundreds of miles (kilometers) east of the Rhine.

It is located beyond the "Iron Curtain" in what used to be communist East Germany ... an area historians have always considered to be "off the map" as far as the Romans were concerned ... until now.

The compound is so large that it would have accommodated a legion of up to 5,000 troops, according to a news report in Science.

The finding comes amid mounting evidence in recent years that the Romans maintained a large troop presence in Germany after their defeat against Germanic tribes.

Most likely, the troops were not intended to serve as the basis for colonization, but rather to prevent incursions by Germanic tribes into Roman territory.

Researchers discovered the long-lost Roman military base near the town of Hachelbich in Thuringia, hundreds of kilometres deep in German territory.

Its location suggests it was a stopover on the way to invade territory further east. 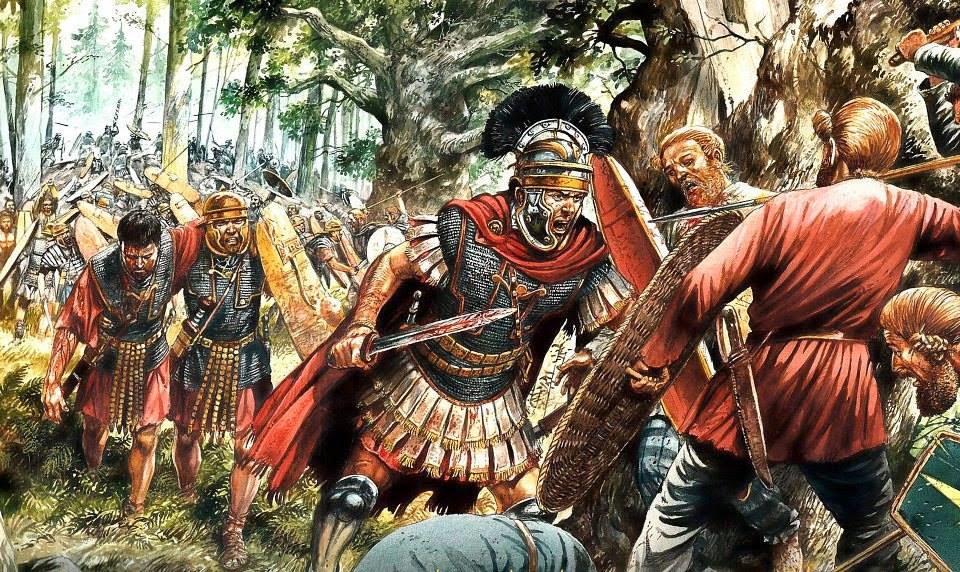 As Rome expanded to the Rhine and Danube, it merged many societies into the Empire.

The tribal lands beyond were collectively called Germania.

In 9 AD a revolt of their Germanic subjects and surprise attack on the Romans at the Battle of the Teutoburg Forest ended in Rome’s decisive defeat and the destruction of three Roman legions.

That resulted in the withdrawal of the Roman frontier to the Rhine.

After this defeat, Rome largely abandoned hope of conquering the fractious German tribes east of the Rhine.

Yet written Roman sources suggested that the Romans occasionally campaigned in Germany, probably to punish German tribes for raids on Roman territory.

Nevertheless, this was largely dismissed as patriotic Roman bravado and mere rumor … until now.