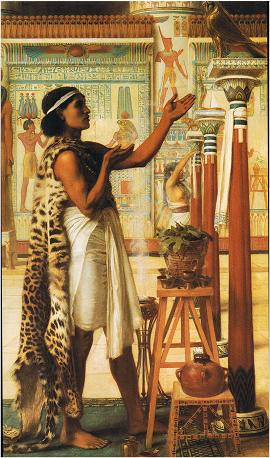 EXPERTS in Egypt digging through the ruins of a mansion near the Giza pyramids have discovered official seals on documents, the hind limbs of young cattle ... and mysterious leopard teeth suggesting the identity of the lavish home's owner.

The combination of findings suggests that the home belonged to an extremely high status member of Egyptian society at least 4,500 years ago … most likely a "SEM" magician-priest who wore leopard skins as part of his priestly regalia.

The large house, which contained more than 20 rooms, was found in an ancient city just 400 metres south of the Sphinx.

The city, which is currently undergoing excavation, dates to the time when the pyramid of Menkaure (the last of the Giza pyramids) was being built (2649–2150 BC).

Of course, that time period is still under debate and many believe the pyramids are in fact much older.

Researchers found two leopard teeth within the house and another two in a nearby mound. However, they did not find any leopard bones. 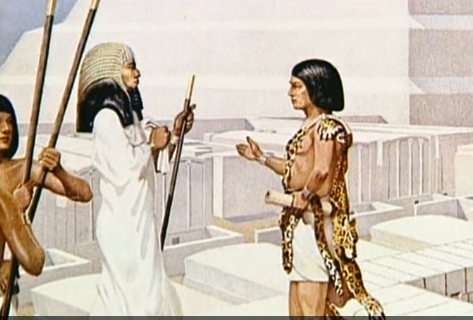 This suggests that the teeth came from a garment which was worn by the elite members of society... a leopard skin complete with head and teeth which they draped around their body.

Mark Lehner, the director of Ancient Egypt Research Associates, explained that high-ranking clergy known as "sem" priests were allowed to wear these leopard skins, and they could be members of the royal house.

Researchers also found thousands of cattle bones in a nearby mound, but out of all the cattle bones uncovered, “almost all the cattle are under 10 months of age … they are eating veal," said Richard Redding, the chief research officer of Ancient Egypt Research Associates.

What was also interesting was the absence of cattle forelimbs. Redding turned to ancient drawings for his answers. 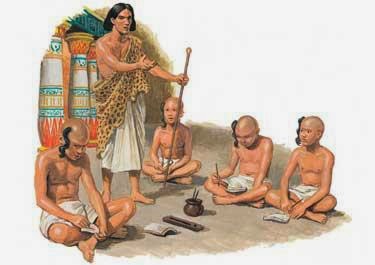 There, he found numerous examples of scenes where people presented forelimbs as offerings to deities, but almost no examples of hind limbs being offered.

This suggests that the individuals who lived in this house were eating the remains of offerings, and that the place for making offerings may be nearby.

Redding is now hoping that the discovery may eventually lead them to uncover the place where offerings of forelimbs were made.

They are already aware of one nearby location called the ‘silo building complex’ near a monument dedicated to Queen Khentkawes, possibly a daughter of the pharaoh Menkaure.

"My analysis of the bones from the small excavations at (the building complex) in 2012, showed a strong bias towards forelimb elements," said Redding. "We will get larger samples this February, but right now my operating hypothesis is that the (complex) was occupied by royal cult priests."