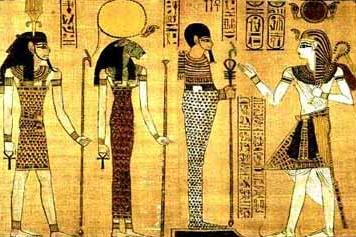 HADRIAN and Antinous arrived in splendor at Mennefer/Memphis the ancient capital of the Old Kingdom.

The Memphite cosmology held that the god Ptah was the creator of the universe, that out of fire he created Atum and the Ennead of the Heliopolis.

Ptah created the Atum from his burning heart and speech, and then the Atum created the world with his hands and semen.

In later days Ptah would become a ruler of the underworld, or more specifically, of what lied beyond these world, he was the root of the root. 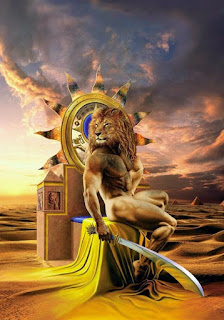 He was accompanied two other goddess, Sekhmet-Bast, the Lion-Cat Goddess who represents destruction and Nefertum, their son, whose name means "the accomplisher of Atum" and represents preservation and healing.

Another son of Ptah and Sekhmet-Bast was Maahes, the lion-headed boy god of war, protection, knives, lotus blossoms and also vanquishing enemies of light and justice.

Yet another deity associated with Ptah at Memphis/Mennefer was the dwarf deity Ptah-Pataikos ... who at first glance resembles BES, but who appears to represent all Egyptian dwarf deities. 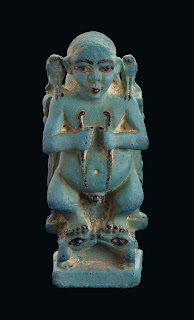 The symbolic aspect was the solar affinities of dwarfs reflecting the idea of regeneration.

They assumed the role of protectors of small children and were strongly connected with fertility and magical amulets.

The dwarf Ptah-Pataikos-Sokar amulets were concerned with both the living and the dead ... the Ptah-Patakoi guarded the living, especially children, and what appears to be an insignificant figurine is in reality a beautiful and magical amulet.

Antinous was exposed to these mysteries that brought him deeper into the unfolding of the nature of the universe and the identity of the first principle.

He was initiated into the double nature of creation, through Sekhmet and Nefertum.

Pictured above is the Memphite triad with a very white-skinned king who resembles Antinous.