I FOUND THE ANTINOUS TEMPLE
OF BITHYNIUM-CLAUDIOPOLIS!
By FLAMEN ANTINOALIS ANTONIUS SUBIA 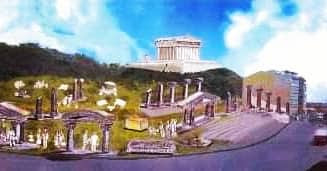 I AM not even sure what I was searching for at the time, but I literally stumbled onto the location of the mysterious Temple of Antinous in his hometown in the city of Claudiopolis that is now known as Bolu, Turkey.

(See the photos at the bottom of this entry.)

It was in a Turkish language website but had a map of excavations made in 1978. I recognized a familiar name, Antinoos and the turkish word "Mabeti" which means Sanctuary.

With the aid of the drawing, it was easy to locate its location with google maps. It is located on a hill top that may have once been the citadel of Bithynium-Claudiopolis and the sacred precinct.

On the south, or "sunny side" at the bottom of the hill, are the remains of a stadium. An inscription in Greek was found along the steps of the stadium which names Hadrian as its builder.

The website says that a frieze and a column were found at the Antinous sanctuary that are now located in the Bolu Museum. I found what I think they mean to be the frieze, which has an inscription in Greek that names Hadrian.

I cannot find exactly what column they are referring to that specifies that it was found at this location ... there are a few pieces of columns that are displayed with the frieze,

The Stadium was where the Sacred Games of Antinous took place in Bithynium-Claudiopolis. What is interesting is that the Temple or Santuary of Antinous was located right above the stadium, overlooking it, so that it would seem to be watching over the games.

From the google satellite image we can see regularly spaced dots, no idea what these are but they must be very large, like maybe the bases of columns, but they are not arranged in a recognizable temple shape.

If they are column bases, perhaps they were like a crypt level that held up the floor of a temple above, or perhaps it was a "hypostyle" temple like you see in Egypt.

The only other description on the map says "Su Deposu" which means "water tank" ... very mysterious. So was this part of the ancient temple? Was there a water feature, fountains, an artificial stream?

The tank was at the highest point on the hill, was this part of the Antinous temple, or just the drinking water tank for the hilltop complex ... or was it both? How was it supplied?

Our friend and Cappel Meister, Dorian Agaric, recently visited Bolu. He visited the museum and as I recall mentioned seeing the steps of the Stadium. But I do not think he knew how close he was to the actual TEMPLE OF ANTINOUS BITHYNIUM-CLAUDIOPOLIS ... I would love to hear what his recollections are about visiting the sacred city.

The only way we are ever going to know what is going on there on that hill is for someone to go there and see for themselves, because I don't think we are going to information for casual visitors. There will be fences to jump over and authorities to avoid ... most likely, from what you can tell by looking at the latest depressing streetview images of that area ... I doubt anyone will even care.

For me this is one of the most important discoveries of my life, to see it for myself where the original temple of Antinous was in his home town ... a place that we can visit and connect with our ancient ancestors who were members of our religion.

Now we know where one of the most important temples of our Religion was located.

May Antinous bless us with this knowledge,
and why it was given to us now 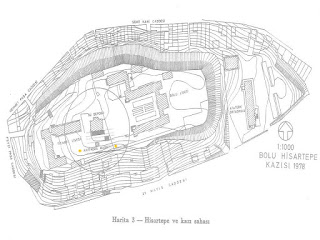 Pic2 -Google map with my outline where the temple is 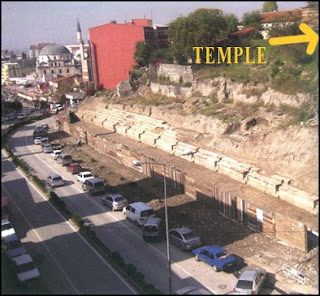 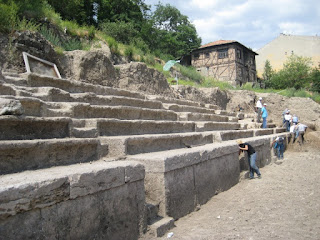 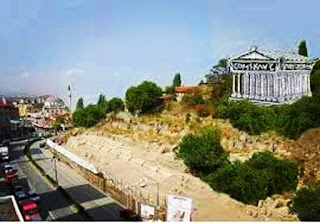 Pic6-Frieze which names Hadrian,
which we assume is the one referred to on the website

Pic7-most depressing picture of all...
what this site currently looks like....
according to Google Street View 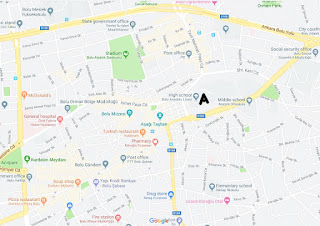 Pic8-map of city center of Bolu, "A" marks the spot