ANTINOUS DIES AS A MORTAL, RISES AS A GOD
AT THE FEAST OF THE BENNU PHOENIX 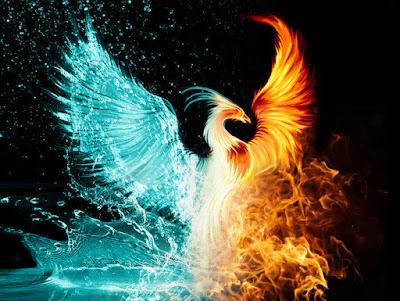 ON October 28th we commemorate the tragic death of Antinous in the Nile in October 130 AD. October 28th is also the Egyptian Day of Transformation into the Bennu Bird.

This festival is the conclusion of the Mysteries of Osiris ... a festival which Antinous and Hadrian witnessed in Hermopolis during the final days of the mortal life of Antinous.

They had already visited the Shrine of the Bennu (phoenix) Bird in Heliopolis Egypt.

Now in Hermopolis, during the passion play, Antinous and Hadrian see how Isis and Nephthys search for and finally find the body of Osiris.

Then, using the Scroll of Thoth from the sacred library at Hermopolis, Isis raises Osiris from the dead and transforms him into a spirit which can pass from the Underworld into the world of the living.

At the end of the Festival of the Passion of Isis and Osiris, Antinous plunges into the Nile under mysterious circumstances. Grieving Hadrian proclaims him a god ... he is worshiped throughout the Empire as Antinous in the form of Osiris. And Antinous is worshiped as a lunar deity.

There is a spell of Transformation in the Book of the Dead, Chapter 83 (LXXXIII):

I fly up and out of the Primeval Waters
I come into being as the God Kheper
I am the Bennu, the Soul of Ra,
and the guide of the gods in the Tuat.
I become a Shining One,
I am Mighty,
I become sacred among the Gods,
I am the Moon God
who vanquishes all darkness.


The OBELISK OF ANTINOUS speaks of Antinous becoming "a shining one" and also of being full of the "Semen of the First God" which is the creative force of the universe. That means Antinous can assume "any form his heart desires" since he (like Osiris) is one with the First God ... and one with the Bennu Bird.

Posted by Hernestus at 1:28 PM