ANTINOUS PRIEST ON HAND IN WASHINGTON
FOR MATTHEW SHEPARD SERVICES 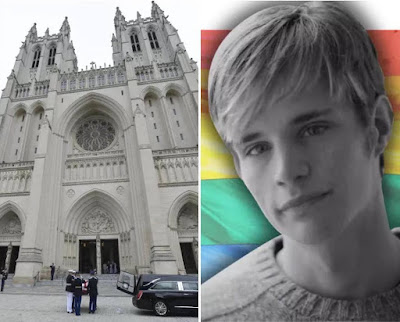 A modern principiant priest of Antinous was on hand today when the ashes of Matthew Shepard were finally laid to rest at the National Cathedral in Washington, D.C.

Principiant Priest Jim Crawford, whose ordination ceremonies will be celebrated on October 30th, represented priests from three continents and followers from around the world.

He brought with him a document containing the prayers and meditations sent to him in recent day by worshippers of Antinous. 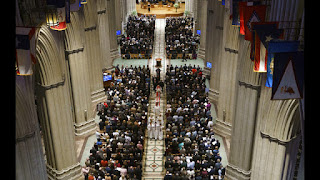 "It was my sad honour to attend the Service of Thanksgiving and Remembrance for Matthew Wayne Shepard this morning," Jim Crawford said.

He also related a wondrous anecdote involving a deer:

"During the homily, The Right Reverend V. Gene Robinson told a story that I had never heard before. It seems that when the first police officer arrived upon the scene, she saw that a young deer had stayed with Matthew until help arrived," Novice Priest Jim Crawford said.

Based on that story, C.H. Johnson and M.D. Browne wrote "Gently Rest (Deer Lullaby)". The Conspirare choir sang this during the service.

Jim Crawford added, "I am going to write the words here because I think the words will strike a chord with those who find Antinous in their lives:"

Matthew was 21 years old when he was violently attacked and left for dead in Laramie, Wyoming, because he was openly gay.

His parents say they're "proud and relieved to have a final resting place for Matthew's ashes." 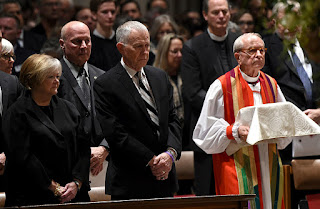 The religion of Antinous honors Matthew Shepard, who died at 12:53 am on Monday, October 12th, 1998, as a saint of Antinous. 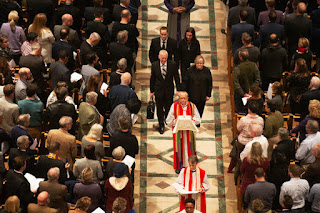 We consecrate his memory and pray for him, that he will guide and protect us in our hour of danger, and bring an end to the violence and hatred that he suffered.
Posted by Hernestus at 11:40 PM