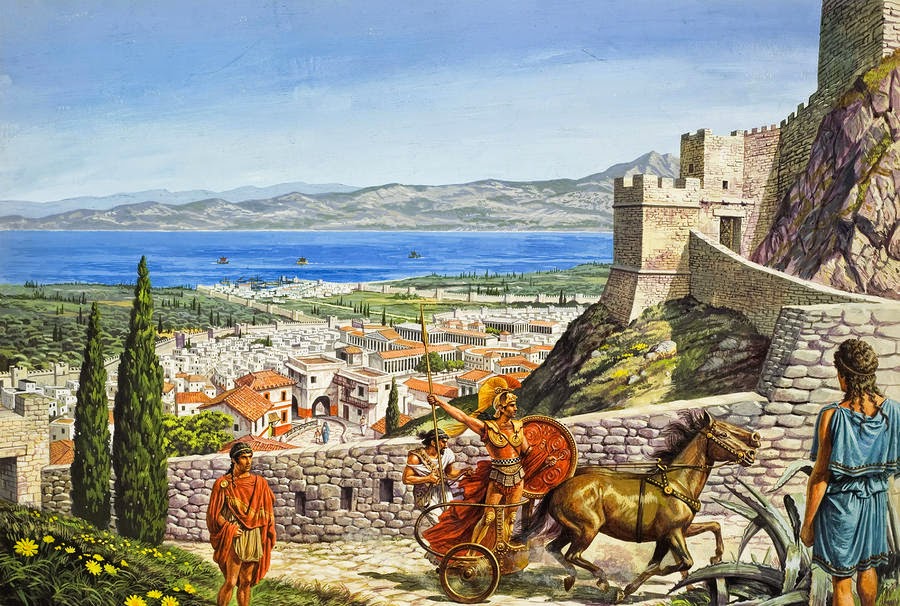 AN elaborate network of wharves and quays has been unearthed at what was once the busy port for the Greek city of Corinth … where a Temple to Antinous was once located.

Experts have revealed and recorded at the location of the Ancient Lechaion harbor on the Gulf of Corinth in the Peloponnese.

Danish and Greek archaeologists from the University of Copenhagen and Ephorate of Underwater Antiquities have been working on the Lechaion Harbour Project since 2013, and a have a five-year permit to explore the area, but this year has been notable for its breakthrough historic finds.

“During the 2017 excavations, the first Roman-period harbor structures at Lechaion have come to light,” said project co-director Bjørn Lovén, from the University of Copenhagen, in a statement.

Dividing the harbor into Inner and Outer segments, they have been systematically studying the structures they’ve found, taking samples, logging, and dating what they find.

“The mysterious island monument in the middle of Harbour Basin 3 ... an area of the Inner Harbour ... was dated to the early 1st century AD. It was likely built as part of a Roman building program designed to help restore Corinth…” Lovén continued.

He said they also found a much larger basin, dating to the sixth century, in the Outer Harbour, whilst the Inner Harbour has also thrown up more proof of mid-first century harbor engineering, and even the possible foundations of a lighthouse.

The port facility served the hilltop city of Corinth ... seen in the splendid image at the top of this page by famed gay British illustrator Roger Payne. 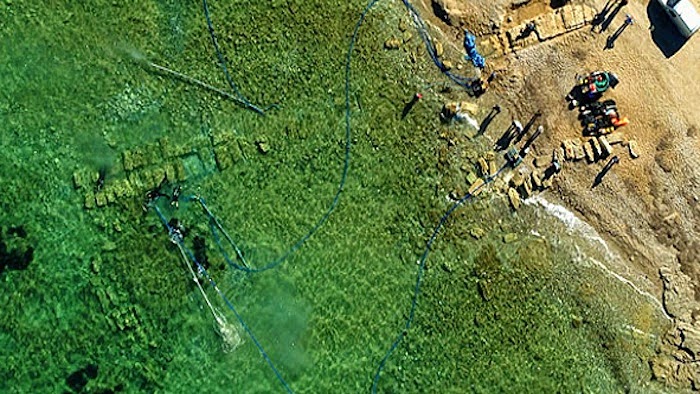 The entrance channel to the port lay on the harbor's eastern side, opening onto a dredged channel 30 feet (9 meters) wide … large enough for two vessels to pass safely, albeit snugly by one another.

The port played a pivotal role in Corinthian history, as it was located about 3 km west of Ancient Corinth and faced the West with its busy sea routes. The role of Corinth has been very important throughout antiquity.

It was a city fabled for its sorcerers and seers. To this day, tour guides like to warn visitors (in a jocular fashion) about the "curse" that lies over the ruins.

We know that a Temple to Antinous was located there because there is a documented record listing a man called Hostilius Marcellus as high priest of Antinous at Corinth.