ON MOTHER'S DAY LIGHT A CANDLE
FOR THE MOTHER OF ANTINOUS 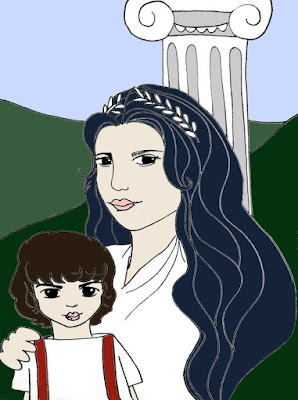 Happy Mother's Day! We honour the mother of Antinous, who gave birth to him in Bithynia Asia Minor (art by Priest Julien).

Little is known of the origins of Antinous except that he was from the Bithynian city of Claudiopolis modern-day Bolu, Turkey.
It has been speculated that he was a slave ... or even a provincial prince.