MALARIA RAVAGED ANCIENT ROME
DURING THE LIFETIME OF ANTINOUS 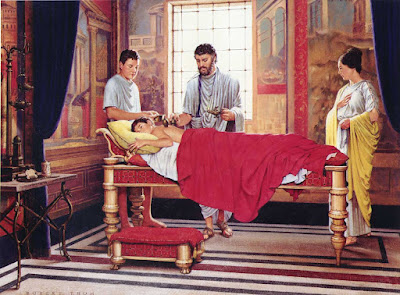 A close inspection of remains from the time of Antinous has revealed traces of malaria, hinting that a severe form of the disease was plaguing the citizens of ancient Rome.

Analysis of remains from three separate burial sites across Italy show traces of a virulent form of the malaria-causing parasite from as far back as the 1st and 2nd Century AD.

Scientists say the findings provide more information about the evolution of the disease, with the death toll potentially hitting the Roman Empire hard.

The fall of the Roman Empire has been attributed to a combination of factors, from failing crops to widespread political instability, but some suggest diseases such as malaria may have played a key role. 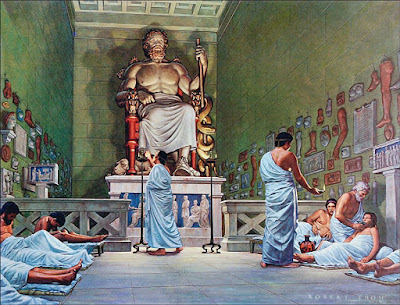 Previous research has indicated that malaria was a killer in ancient Rome.

The new DNA evidence adds more weight to the theory, pointing to a dangerous form of the disease which could have killed swathes of people.

"Malaria was likely a significant historical pathogen that caused widespread death in ancient Rome," said Hendrik Poinar, a geneticist and director of McMaster's Ancient DNA Centre, who led the study.

Researchers looked at remains from three Italian cemeteries dating back to between the 1st and 3rd century CE in Isola Sacra, Velia and Vagnari.

By analysing DNA extracted from their teeth of almost 60 adult and 10 child skeletons, the team led by McMasters University in Canada found evidence of a parasite which causes the most deadly form of malaria, associated with the highest rates of complications and death.

"There is extensive written evidence describing fevers that sound like malaria in ancient Greece and Rome, but the specific malaria species responsible is unknown," said Stephanie Marciniak, a former post doc at McMasters and now at Pennsylvania State University.

"Our data confirm that the species was likely Plasmodium falciparum, and that it affected people in different ecological and cultural environments."

Malaria has spread throughout southern Italy for centuries, including the virulent form of the disease.