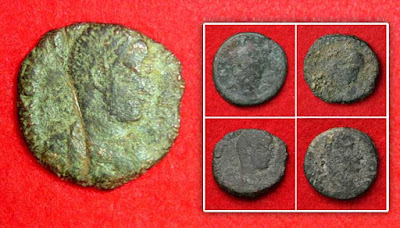 THE Romans were famous for their long roads which famously led right back to their imperial capital.

Now it has been suggested that the influence of the world’s most famous empire may have stretched further than any ancient workman could have imagined.

Astonished archaeologists have discovered an ancient cache of Roman coins on the Japanese island of Okinawa. 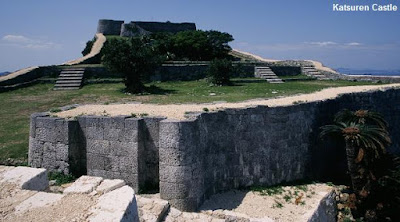 "I thought that they were replicas that had been dropped there by tourists."

But the coins turned out to be genuine and dated back to between 300 and 400 AD.

Diggers discovered a total of 10 coins near Katsuren Castle in the town of Uruma, including some from the Ottoman Empire.

"We don't think that there is a direct link between the Roman empire and Katsuren castle, but the discovery confirms how this region had trade relations with the rest of Asia," said Masaki Yokou, a spokesperson from Uruma city’s Board of Education.

Archaeologists are now planning to examine the coins as well as the pottery found alongside them to understand why the currency turned up in such an unexpected place.

"The Chinese ceramics and coins that we found date back at least 600 to 700 years and we'd like to analyze those objects in tandem with these coins to work out how the coins may have ended up here," Miyagi added.

Of course, any regular reader of this blog knows that it is possible that Emperor Hadrian's favorite bath house architect slipped through a Space/Time worm hole in the drains of a Roman bath house ... and ended up in Japan.

Click HERE to see how those Roman coins REALLY ended up in Japan!