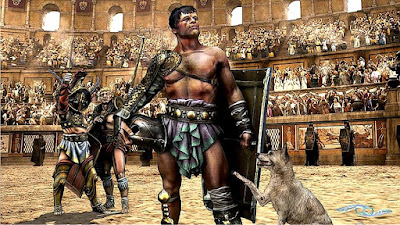 WE love this new painting by RAFFAELE CARUSO, one of our favorite artists. It is based on the true-life story of a gladiator and his faithful dog. 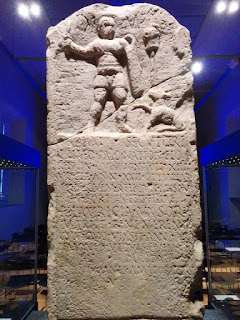 Urbicus was a 22-year-old "secutor" gladiator in the 2nd Century AD who won 13 fights in the arena at Mediolanum (Milan) before being apparently murdered by a man he had defeated.

His wife Laurica erected a funeral stele to him and his daughters Olympia (who lived only five months) and Fortuna.

The bas-relief on the stele showed him holding a sword and shield with his faithful dog at his feet.

The stele inscription provides all these facts and ends with the words: "I warn you to kill those whom you have defeated!"