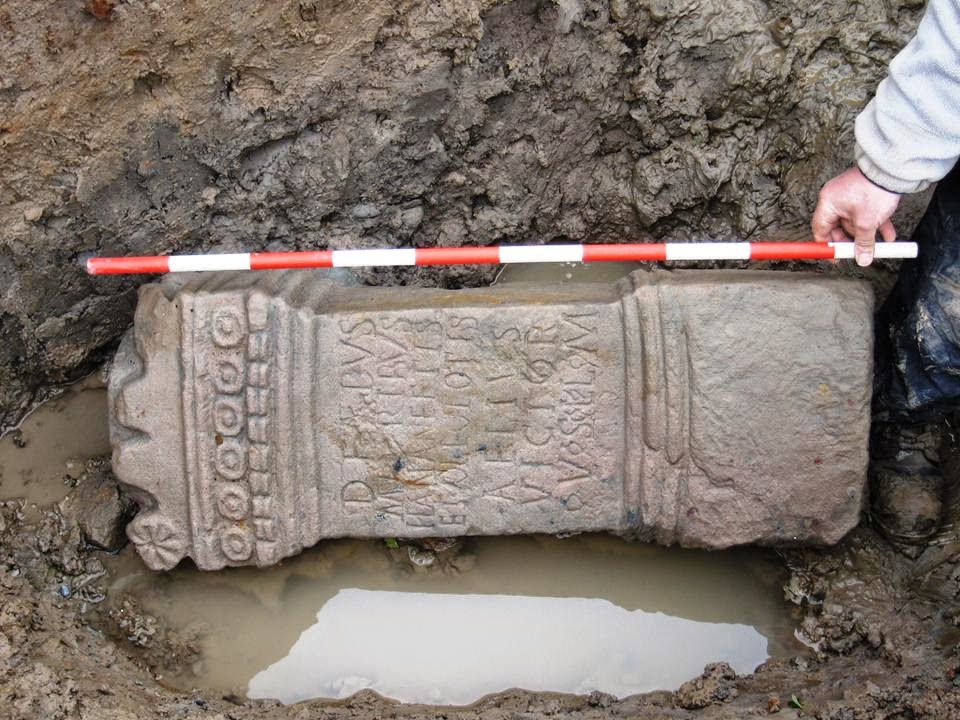 HE was many miles from home - a Roman soldier posted to Britannia, perhaps feeling cold and lonely, longing for loved ones left behind.

He was called Aelius Victor. And now after 2,000 years an altar he built to keep a promise to the goddesses he prayed to has been unearthed in the middle of modern-day Manchester, England.

The altar - described by experts as being in 'fantastic' condition - was discovered during an archaeological dig at a site on Greater Jackson Street earmarked for development. 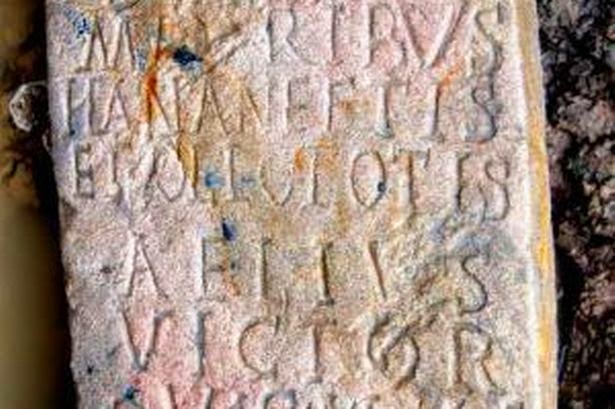 Aelius Victor had dedicated it to two minor goddesses.

It says: "To the mother goddesses Hananeftis and Ollototis, Aelius Victor willingly and deservedly fulfills a vow."

The find is one of only a few which bear the names of Roman soldiers in Britannia.

It is believed that Aelius Victor may have been a centurion commander posted from Germany - where worship of Hananeftis and Ollototis originates.

Norman Redhead, Greater Manchester's county archaeologist, said: "This is the first Roman stone inscription we have found for 150 years. It is a very, very valuable find and it is in fantastic condition, considering it has been in the ground for 2,000 years." 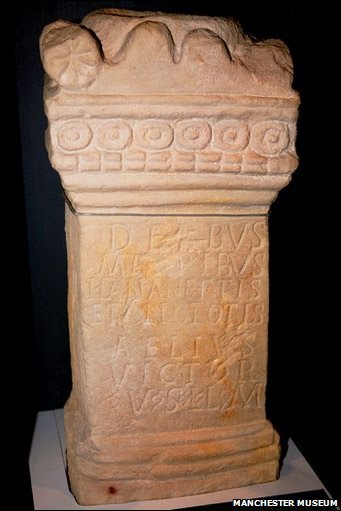 Evidence suggests it may have been constructed in the latter part of the first century AD and later discarded, as it was found on top of an ancient rubbish pit.

The existence of a number of pits and ditches in the area suggest it was cleared for farming use.

The site is only hundreds of yards from a known fort and civilian settlement of Roman Manchester, dropping down to a ford across the River Medlock.

Mr Redhead said that, traditionally, that was the kind of area where places of worship were located. The altar is now on display at Manchester Museum.

General Julius Agricola (40-93AD), the commander of the invading legions, first founded a Roman settlement at the meeting point of the Rivers Irwell and Medlock. He called the place Mamuciam - meaning 'breast-shaped hill' because of the shape of the outcrop.