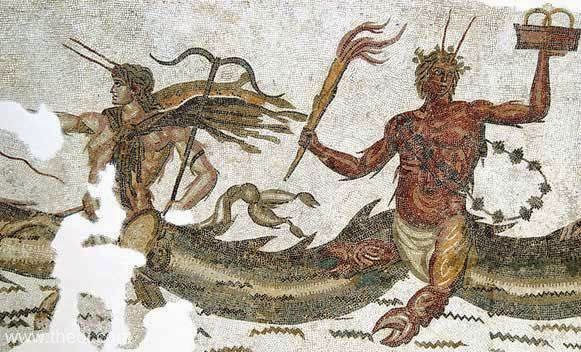 A man living by the sea in Roman Britannia invoked Neptune and a British sea spirit to use their powers over fluids to drain the life's blood from a thief who stole his money.

His invocation was etched into a LEAD CURSE TABLET and buried next to a sacred river near the sea.

Found by Badnam Creek in Southampton, this curse tablet from the Roman-Greco world was created in about 350 or 400 AD by Muconius, a man angry at the mystery thief who stole his gold and silver coins.

Willing divine retribution to visit his assailant, Muconius might have paid a scribe or prepared the scornful curse himself, etched upon lead, a naturally plentiful material with a heavy, cold nature thought to possess a lifelessness which could enhance the power of the sentiments. 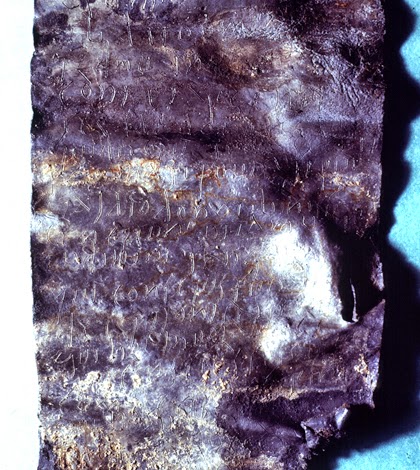 The text reads: “Lord Neptune, I give you the man who has stolen the solidus and six argentioli of Muconius.

“So I give the names who took them away, whether male or female, whether boy or girl. So I give you Niskus, and to Neptune, the life, health, blood, of him who has been privy to that taking away.

“The mind which stole this and has been privy to it, may you take it away. The thief who stole this, may you consume his blood and take it away, Lord Neptune.”

Curse tablets of the period are usually associated with civil and criminal court cases, as well as unsolved crimes and personal grievances. In the Roman Empire they were usually inscribed with a stylus on lead tablets, although wooden tablets, papyri and other materials were also used. 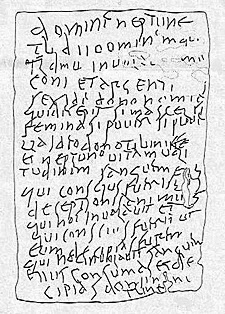 Neptune was the name of the Roman god of rivers, lakes and springs before becoming god of the sea, usually depicted as a bearded man holding a trident and a somewhat angry countenance.

He was also the god of earthquakes and storms and the patron of horses and horse races. In the Roman Pantheon he is a son of Saturn and the brother of Jupiter, the Lord of the Heavens, and Pluto (Hades - the Lord of the Underworld). The Greek equivalent is Poseidon.

River settings where tablets have been found in Britain include the Thames at London Bridge, the Little Ouse at Brandon in Norfolk and the Tas at Caister St Edmund in Suffolk.  All of them appealed to the god Neptune.

Many tablets, such as those found in Bath, were originally perforated and nailed to the fabric of temple buildings.

The identity of Niskus is uncertain. The use of the letter ‘k’ - only one other usage is known from Roman Britain - is rare.

The most plausible identification is with a male version of Niska, which is a name associated with water-nymphs, found on tablets (now lost) in 1845 at the principal hot spring at Aix-les-Bains in France.

Alternatively, Niskus may have been a native British water-god. But no evidence has yet been found of a link to Neptune similar to the one established between the British goddess Sulis and the Roman Minerva at Bath.