THE PRINCES LIVED HAPPILY EVER
IN THIS GAY CHILDREN'S FAIRY TALE 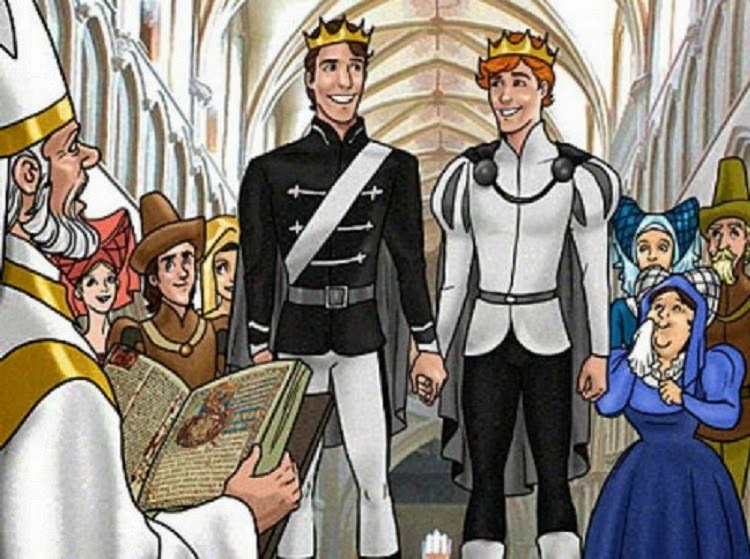 AND the two princes lived happily ever after ... in the world's first gay fairytale book for children.


The Princes and the Treasure, a fairytale children's book featuring two gay princes, has just been released around the world after its initial release in the United States earlier this year.

Although the story begins with the typical plot of the prince on a quest to save the princess and find a treasure, it blossoms into a love story when the two princes Earnest and Gallant meet during their mission, do some self-discovery, and realize that the real treasure they have found is the love they have for each other.

They even get married!

This groundbreaking children's book was written by openly gay college professor Jeffrey A. Miles (who teaches business management at the University of the Pacific). Miles told the Advocate: 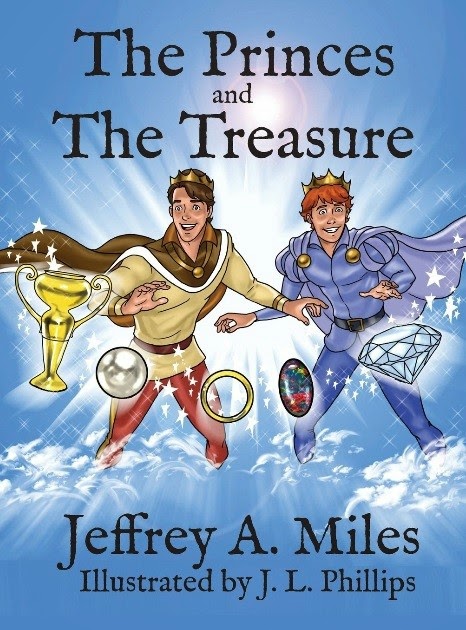 "I really wanted a story like this when I was a little boy. I knew that stories about princes falling in love with princesses didn’t apply to me and my life. I knew from a very early age that I was never going to marry a princess.

"So I wrote this story for children, but I also wrote it for anyone who wants to read a fairy tale story of two men who meet each other, go on an adventure, fall in love, get married, and live happily ever after with their handsome prince. "

When asked about how kids seem to be taking the book, Miles said:

"I'm happy to say that kids love the story just like the other famous fairy tale stories. Kids see that the story is about two people who fall in love and get married. All of the kids who have read the story don't find it unusual that the two characters who get married happen to be two men. Kids seem to see that love can happen between two people regardless of the couple’s gender. I've been amazed how easy that idea is for kids to understand and how hard that is for some adults to understand."

This book is exciting for many reasons- the gay role models, the twist on a classic fairytale storyline, and the shattering of stereotypes- to name a few. Not to worry, Miles has already completed a sequel, The Princes and the Dragon, and plans to continue writing about Earnest and Gallant starting a family and raising twin children.