A NEW STAR IS BORN

IN THE CONSTELLATION OF THE UNICORN 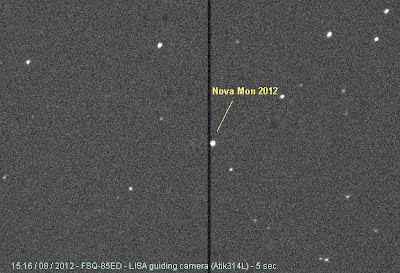 NOTE: AAVSO Alert Notice 467 was issued on August 17, 2012, and was posted on the AAVSO website and FACEBOOK page. Due to technical difficulties with the email distribution utility, this
email version is being distributed August 21, 2102.