THE FOUR LAYERS OF ANTINOUS, PART 4
By Our Priest Michaelus Isom 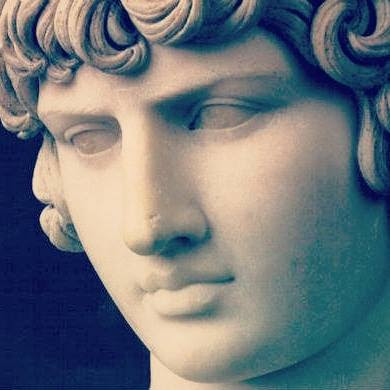 Each of these different layers we see Antinous fulfilling was not the same throughout the Empire.

Lambert says “Of Italy for example, his grand godly character was in vogue. In Greece his Ephebic or Hero role was popular with all groups (all social classes). In Egypt alongside the pure or assimilated god of the official cult he was invested by the common people with yet another form The Daemonic.”

In the philosophic hierarchy of Plutarch “Damons” are much closer to full gods than “hero”. Antinous was also termed a Daemon by Celsus.

Lambert says “To ordinary folk especially on the Nile, Daemons were often  the spirits of prematurely dead youngsters which remained on earth, housed in temples, and were very active; inspiring prophetic dreams, working miracles, and healing and mediating between mortals and the gods.”

The Daemons were usually benevolent and protective to their votaries. They could be avenging and afflicting transgressors on enemies of the cult with dire pains and penalties.

We can see how the benevolent “Daemon” of Antinous was later to be twisted into Demon by the Christians. The godly nature of Antinous was in full unity throughout the empire and is still today over 1889 years later.

If you want to know more about Daemons in Ancient Egypt there is this book.