WORLD AIDS DAY
LET'S TRY TO MAKE IT THE LAST 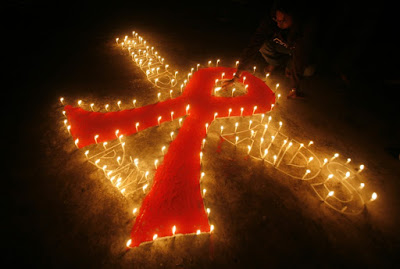 DESPITE major advances, HIV/AIDS remains one of the world's most significant public health challenges, particularly in low and middle income countries, with new diagnoses every year and young women in sub-Saharan Africa seen as being particularly at risk.

World AIDS Day on December 1 is used to unite people in the fight against HIV, the human immunodeficiency virus first identified in 1984, to show their support for people living with HIV and commemorate those who have died.

The member countries of the United Nations agreed in September in a new set of global goals to end the AIDS epidemic by 2030.

Here are some facts about AIDS in 2015 with data from the World Health Organisation, the United Nations children's agency UNICEF, and UNAIDS:

1. Globally about 36.9 million people are living with HIV including 2.6 million children.

4. The number of adolescent deaths from AIDS has tripled over the last 15 years.

6. In sub-Saharan Africa, the region with the highest prevalence, girls account for 7 in 10 new infections among those aged 15-19.

7. At start of 2016, 15 million people were receiving antiretroviral therapy compared to 1 million in 2001.

8. Despite widespread availability of HIV testing, only an estimated 51 percent of people with HIV know their status.

9. The global response to HIV has averted 30 million new HIV infections and nearly 8 million deaths since 2000.

10. In 2015, Cuba was the first country declared to have eliminated mother-to-child transmission of HIV.