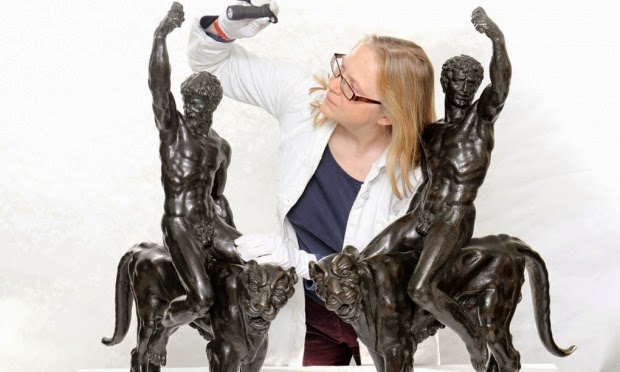 TWO handsome, virile naked men riding triumphantly on ferocious panthers have been verified as the only surviving bronze sculptures by the Renaissance giant Michelangelo, saint of Antinous.

After years of examination, art experts in Cambridge, England, have now confirmed that the pair of mysterious metre-high sculptures known as the Rothschild Bronzes are by the master himself, made just after he completed David and as he was about to embark on the Sistine Chapel ceiling. 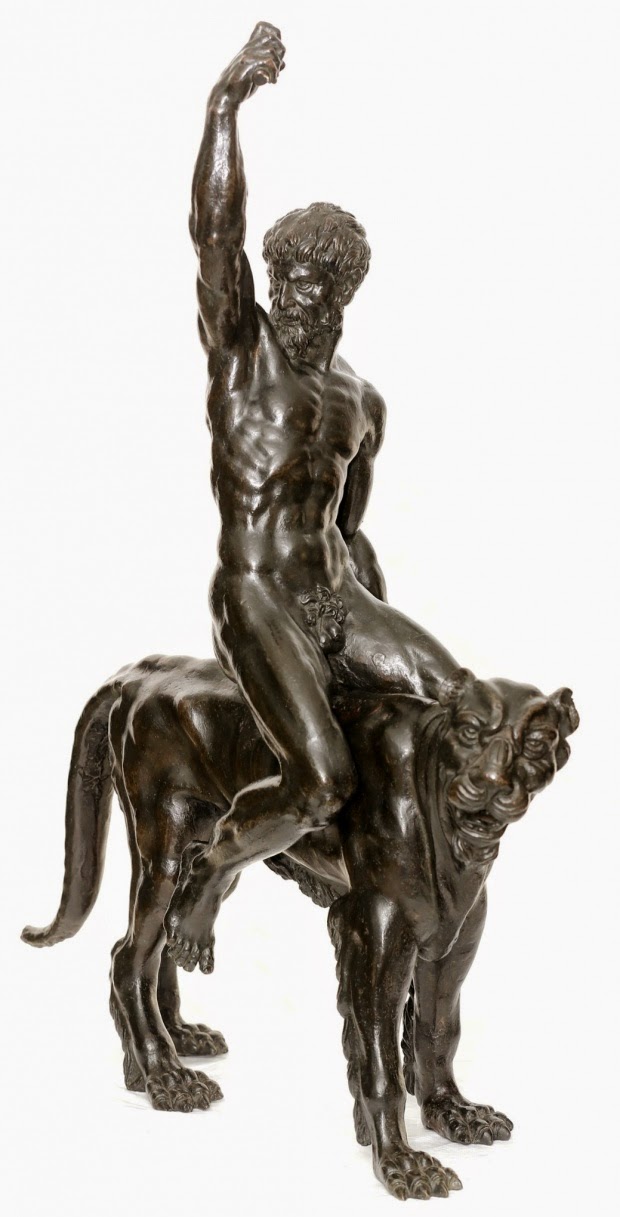 Thus, they are the only surviving Michelangelo bronzes in the world.

They are on public display at the Fitzwilliam Museum in Cambridge.

In 2014, Paul Joannides, professor of art history at Cambridge University, connected the sculptures to the drawing. 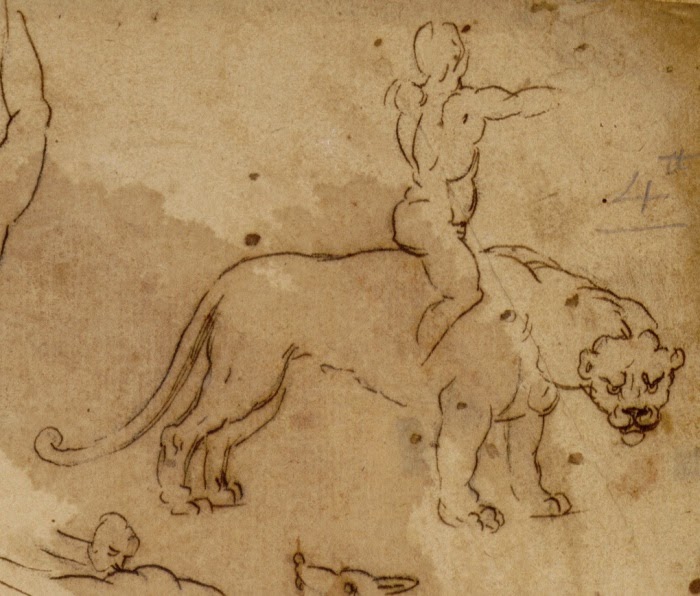 Investigations by clinical anatomist Professor Peter Abrahams, from the University of Warwick, suggested every detail in the bronzes was textbook perfect Michelangelo ... from the six packs to the belly buttons, which are as artist portrayed them on his marble statue of David.

Posted by Hernestus at 8:59 PM