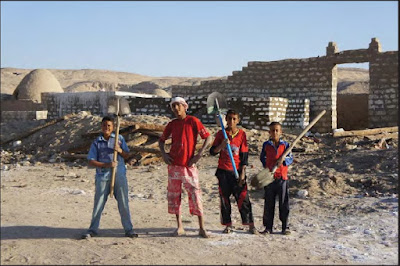 MORE than 25 children in Egypt died last year as they were forced to loot gold coins in underground shafts to be sold on the black market, and over $143 million worth of artifacts have been exported to the USA since 2011.

This is not new, as the two 2014 photos of ANTINOOPOLIS LOOTING on this page prove.

This story is not about Egyptian heritage; it's the story of mafia-like organisations taking the lives of Egyptian children to loot millions of dollars in ancient artifacts.

According to a report by Live Science, more than 25 children exploited by gangs reportedly died last year, as they were recruited to seek relics across underground shafts in Abusir el-Malek … relics which were eventually sold on the black market. 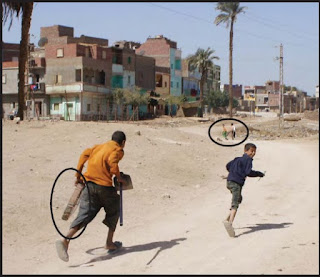 The investigative report, published on August 9th, states that over $143 million worth of artifacts were exported to the United States since 2011.

Most of them, gold coins looted from tombs and ancient sites, made their way into New York, but they were not taken to museums.

They were destined for personal or commercial use, as documents by the US Census Bureau indicate. However, it is very difficult to prove that a shipment of artifacts contains looted items, researchers and government officials told Live Science.

Egypt's Heritage Task Force, an initiative tracking lootings in Egypt, pointed out that children are being used, primarily to reach small burial shafts and tunnels.

"Unfortunately, many children have lost their lives in the process," said MONICA HANNA, one of the Egyptologists working with the group. The report also indicates that tomb guards were gunned down and mummies were looted and left to rot under the sun.

In only the first five months of 2016, nearly $26 million worth of artifacts were exported from Egypt to the United States, the Census Bureau documents say.