FREDDIE MERCURY GETS AN ASTEROID
AS A CELESTIAL BIRTHDAY GIFT 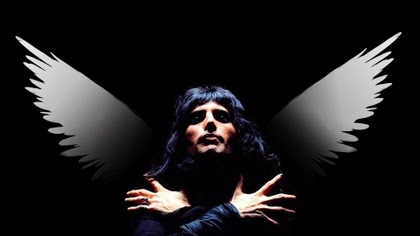 OUR beloved Saint of Antinous ... Freddie Mercury ... whose birthday is September 5th, 1946, received his very own asteroid as a birthday gift.
In this YOUTUBE VIDEO, Queen guitarist Brian May announced that Asteroid 17473 has been renamed Asteroid 17473  Freddiemercury, in honor of "Freddie's outstanding influence in the world."
The announcement was formalized with a certificate of adoption from the International Astronomical Union and the Minor Planet Center.
The asteroid, discovered in 1991, is located in the main Asteroid Belt between the orbits of Jupiter and Mars. 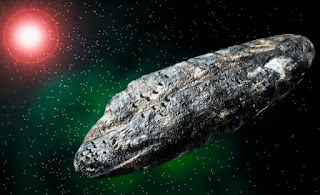 Nearly two miles wide, the asteroid only reflects about 30 percent of the light that falls on it, and can only be seen with powerful telescopes.
But it is an appropriate gift for the man who once sang of himself as "a shooting star leaping through the sky."
"It's just a dot of light," May said in the video, "but it's a very special dot of light."
An asteroid is also named for Antinous. The ANTINOUS ASTEROID is located in the Inner Solar System.
The Inner Solar System bodies are called "Apollo Asteroids" and are all named for Classical deities, including Antinous, of course.
In the modern Religion of Antinous, FREDDIE MERCURY IS A SAINT of Antinous the Gay God﻿.
Saint Freddie Mercury was a courageous performer whose gayness, while not always stated, was a visible part of his persona. He served as an inspiration for millions of gay men, particularly those who, like him, fight ethnic prejudice every day of their lives.
Posted by Hernestus at 12:00 AM