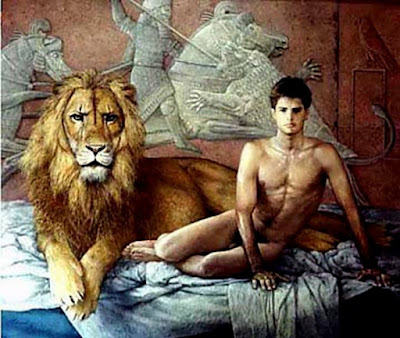 ON the 21st of August, with the Sun in the final degrees of Leo the Lion, we commemorate the Sacred Lion Hunt ... when Hadrian and Antinous slew a man-eating lion in Egypt in August 130 AD.

Priests of Antinous celebrate the event in with ritual ceremonies at the Hollywood Temple of Antinous which also see worshipers participating live online from Mexico, Brazil and Germany.

During the special ceremonies they also honor the Sacred Rosy Lotus of Antinous ... the pink waterlily said to have sprung forth spontaneously from the lion's blood as it splattered the banks of the Nile. 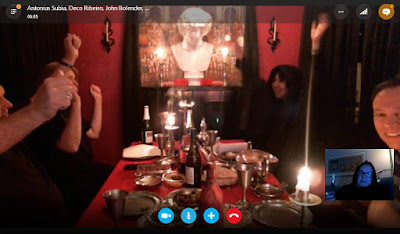 Flamen Antonius Subia relates in vivid detail the events of the Sacred Lion Hunt: The place is Egypt, somewhere in the rocky wilderness between the scattered oases southeast of Alexandria.

The time is August of the Year 130 AD. The Sun is poised to enter the Sign of Leo. The Constellation of Aquila the Eagle is at its zenith in the nighttime sky ... just as it is now.

It is the constellation of the Emperor. And the Emperor and his Beloved are touring Egypt when they hear grisly accounts of a man-eating lion marauding the countryside on the edge of the cultivated land. The "Marousian Lion" it was called.

They lead a hunting expedition out into the wilderness. The whole expedition is rife with symbolism from the start since the Sun is in Leo in the daytime skies and the Eagle is soaring in the nighttime skies and the Ancients believed killing lions was tantamount to defeating death itself. Lion hunting was the sport of kings. 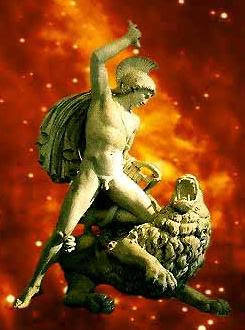 When at last the Imperial party flushes out the man-eater, the huntsmen and archers stand back and leave Hadrian to close in on the beast with his steed. Hadrian has just got off an arrow which wounds the animal when, all of a sudden, out of nowhere, young Antinous rides ahead, his reins in his left hand, an adamantine-tipped lance in his upraised right hand.

As the Imperial retinue looks on in horror, the snarling lion charges toward the boy, causing his panicked horse to whinny and wheel about in terror. But Antinous maintains his balance and, instantly judging distance and angle, sends his lance sailing towards the lion as it quickly closed the gap between them.

The lance slams into its rear flank, inflicting a serious but not fatal wound. Enraged even more, the lion uses its fangs to pull out the lance and charges anew against the Boy who is fumbling with his quiver to ready a shot with his bow. But an arrow is already in the air from behind Antinous, and it whizzes past his ear and hit its mark in the throat of the lion. 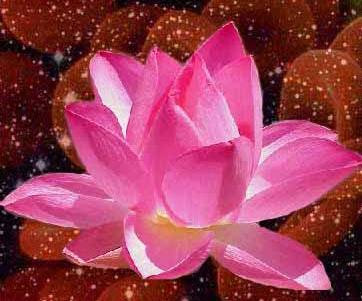 It has been fired by Hadrian, who is approaching at full gallop and who, even while the first arrow was still in the air, had already readied a second arrow, which this time penetrates both lungs.

The lion spins about and collapses writhing in the dust, rage in its eyes, blood and saliva guttering from its fanged mouth, gasping for breath as it struggles to get to its feet — because Antinous has dismounted and is sprinting toward it with a drawn dagger.

Hadrian draws his steed to a halt and dismounts with an agility and  lightness befitting a man half his age, fueled by adrenaline and alarm for his Beloved Boy, who faces imminent peril from the mortally wounded lion, still capable of severing an artery with one swipe of its mighty paw.

Hadrian draws his hunting axe from his belt and holds it high as he  lunges onto the lion's back and dispatches the beast with one powerful blow which splits its skull in two with a frightening crack and a spurt of bright red blood which bathes both the older man, now panting and perspiring heavily, and the younger man who still shows no visible expression of concern, just a wild-eyed look of excitement in his eyes, as if he never realized the danger he had been in — as if he thinks he is immortal.

A cheer goes up from the coterie of onlookers when they realize the lion is dead, killed seemingly by a single blow from the Emperor's hand. Courtiers whose eyes are unskilled in the ways of hunting will later claim Hadrian had struck the lion dead with a club.

As soldiers and nervous bodyguards rush forward to make sure everything is all right, the emperor, his adrenalin-strength ebbing as quickly as it came, shakily wraps a blood-spattered arm around Antinous and plants his gilded, spike-soled sandal on the dead animal's neck and nods to Antinous to do the same.

There they stand, bathed in blood and bathed in the adulation of the Imperial coterie, each with one foot on the vanquished man-eater as the animal's blood spreads out and covers the surrounding rocks and sand and a few scrubby wildflowers growing from a crevice in a rock.

Even the flowers are splattered with blood. And these red blossoms  will be plucked by members of the entourage to take back as souvenirs to show to envious courtiers who had not been invited along. 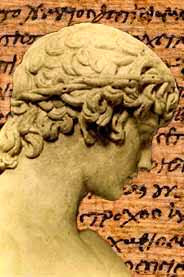 THE SACRED LION HUNT was immortalized in poetry and in stone, with Hadrian adding medallions to the Arch of Constantine showing him and Antinous with feet on the lion's neck and also making sacrifice to the great lion-killer Hercules.


Soon legend would have it that scarlet-red lotus blossoms had sprung forth from the pool of the lion's blood, the lion which had been brought down by Antinous and which had been dealt its death blow by Hadrian — the SACRED RED LOTUS.

Under the Sign of Leo. And under the Constellation of the Eagle.

Within a few short weeks, Antinous himself would be dead. The Sacred Lion Hunt is the last recorded event in His short life.

And some time afterward, grieving Hadrian would look up into the  nighttime skies with tear-filled eyes and his court astronomers would point out a New Star which had appeared in the southern part of the Constellation of Aquila the Eagle. 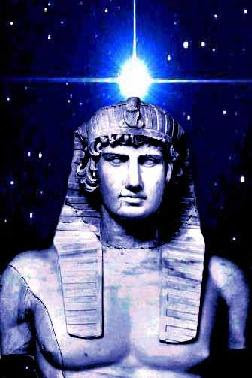 He charged forth, his bridle-reins in his left hand and an adamantine-tipped lance in his right, and he faced death unafraid.

For Antinous knew he was immortal.

The Constellation of Antinous, still under the wing of the Imperial Eagle, will be right directly over your head tonight ... shining proof that Antinous is a God and that he is indeed immortal.

Don't look out into the darkness around you and be afraid. Instead, look up and remember the Beloved Boy, who was a fearless hunter, who stalked death itself, and who emerged victorious over it.