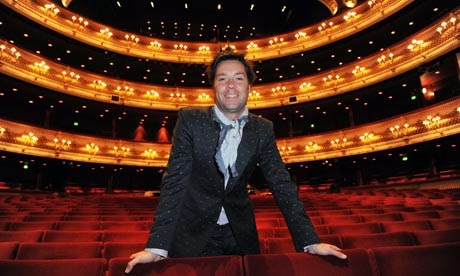 EXCERPTS from the new opera by Rufus Wainright about Hadrian and Antinous will be performed tonight in Cincinnati Ohio ahead of its worldwide premiere in Toronto in October 2018.

The opera ... simply titled HADRIAN ... with a libretto by Canadian playwright Daniel MacIvor will have its world premiere as the opening production of Toronto's Canadian Opera Company's 2018 season.

Wainwright and MacIvor have been selected to be in Cincinnati as part of the Opera Fusion: New Works program, a collaboration between the Cincinnati Opera and University of Cincinnati, College Conservatory of Music's Opera Department.

Excerpts will be performed at 7:30 p.m. tonight. Tickets are sold out, but you can listen via the the Cincinnati Opera Company's LIVE STREAMING site.

The opera by Wainright and Daniel McIvor, entitled "Hadrian," which explores the relationship between Roman Emperor Hadrian and the young Antinous, will run October 13–27 at Toronto’s Four Seasons Centre.

Peter Hinton will direct a cast that includes Thomas Hampson as Hadrian and renowned tenor Isaiah Bell as Antinous, with Karita Mattila as Plotina.

The piece marks playwright/actor MacIvor's first libretto (the text of an opera) and Wainwright's second opera, following his 2009 Prima Donna.

Their piece tells the story of the Roman emperor and his young lover Antinous, who was deified after his mysterious and premature death.

Between the Wainwright factor and Hadrian's subject matter, it's fair to say that this world premiere comes with a lot of hype.

Wainwright has offered the promise of something provocative:

"I think in our modern world," he says, "among younger audiences especially, there's a hunger for a sort of spectacle that the opera world thinks is no longer relevant." 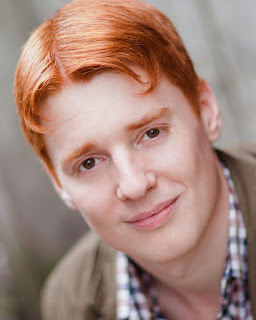 The COC rounds up a fascinating cast of big names (Thomas Hampson, Karita Mattila and Ben Heppner ... who will venture out of retirement for the occasion) and rising stars Isaiah Bell (pictured at right) as Antinous and Ambur Braid as Hadrian's wife, Sabina.

"What's interesting about the story of Hadrian is he was actually in love with Antinous, who was another man," Wainwright says.

"And he was persecuted for it. A lot of the same problems that exist today with homophobia and so forth were very much present back then," he adds.

Wainwright is the gifted Canadian singer/songwriter/musical man about the world who has forged a unique career in mainstream contemporary music as an original, quirky, thinking person's pop star. And he's not new to the world of opera.

"Prima Donna," his 2009 debut, which told the story of an aging opera singer attempting to make a comeback, has been presented in Manchester, London, New York, Toronto and around the globe, to reviews that roamed from the enthusiastic ("a love song to opera," wrote The Times of London) to the outraged (The New York Times called it "an ultimately mystifying failure") – the quality of reaction being determined, more or less, by the closeness of the reviewer to the world of classical music. 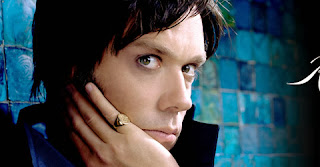 Wainwright started talking about Hadrian around the time he was serenading his mother with the opera's overture in early 2010.

As his mother, Kate McGarrigle, faced her final days in January, 2010, Wainwright played his latest composition for her at the family piano ... the overture to his new opera about Antinous and Hadrian.

What attracted him to Hadrian was the power of the story Wainwright wanted to tell.

Certainly the story of the Emperor Hadrian has plenty to offer contemporary audiences. Quixotic, domineering and visionary, Hadrian represented the end of the Classical era in Roman history, a fascinating period when the influence of Greek ideas began to predominate in Roman society, changing its political landscape in significant ways.

Wainwright adds, "And then there's Antinous, essentially the male equivalent to Helen of Troy ... though we know he actually existed and exactly what he looked like. At one point he was neck and neck with Christ in terms of cult status after disappearing in the Nile. Imagine what a different world that would have been if he had lived!" 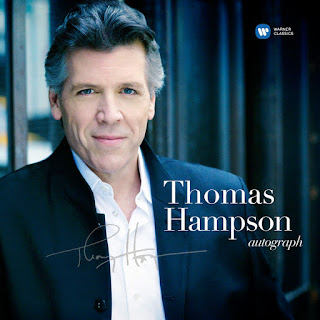 Wainwright explains, "When I first discovered the story of Hadrian, I was instantly struck with the idea of transforming this historical subject into operatic form.

"Both its intimate nature and wild grandeur seemed perfectly suited for what opera does best: creating a hyper-illustration of the dark inner lives of people up against formidable outer circumstances while at the same time musically careening through the jagged and surreal dimensions of what lies in between.

"No other theatrical form truly refracts life into myriad vibrantly bright colors as much as opera does, and the tale of Hadrian, arguably Rome’s greatest ruler, is a diamond perfectly cut for such a task.

"I could go on and on exploring all the fascinating ideas which swirl around the subject of my second opera. But I am a composer, and therefore my armchair intellectual reach should be superseded by the music … music that I hope you enjoy."

Posted by Hernestus at 3:47 PM