TRIUMPH OF THE LIBERATOR 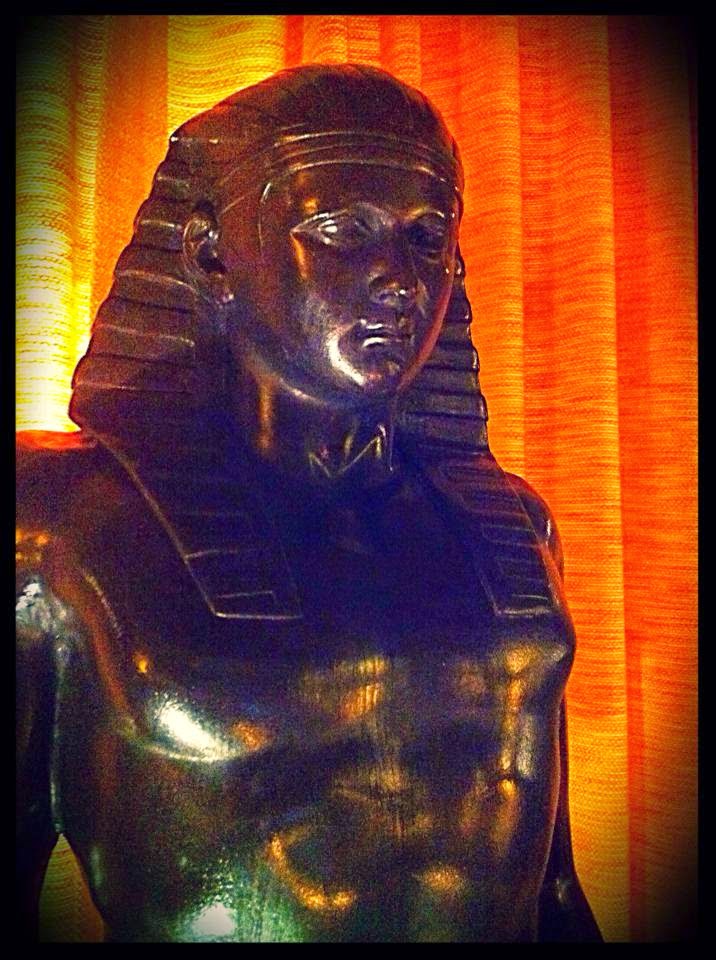 ON this Sacred Night, we celebrate the return of Antinous from the underworld ... the Triumph of the Liberator!

Many of us gathered in person and via Skype to celebrate the event at our friend Rick Thompson's house in the Hollywood Hills, a home filled with exquisite art.

We made a very special consecration on this night, which had remained top-secret for so many months, but was finally revealed tonight!

We consecrated this magnificent 19th Century bronze replica (pictured above) of the famous ANTINOUS OSIRIS statue in the Vatican Museums. It is the sort of souvenir which wealthy Victorian travelers brought home from their "Grand Tour" trips to Europe and Egypt.

Rick acquired it several months ago, but it has been literally under wraps until tonight's sacred Foundation Day consecration ceremonies.

Tonight is also the CONCORDIA MOON (Aquarius First Quarter Moon), and it is a great, mysterious sign that such an auspicious New Moon would occur on this Sacred Night. The Concordia Moon represents setting old conflicts aside, renewing bonds with loved ones, and making new friends.

This is an excellent omen for the coming year of Antinous faith! I ask that the New Moon of Concordia will bless all of us tonight!
This is also the beginning of the New Year of Antinous the God ... 1,884!

During tonight's ceremonies, which drew Skype participants from Brazil, Mexico and Germany as well as the US, we also canonized new SAINTS OF ANTINOUS for the year 2014 ... including 365 BRAZILIAN MARTYR SAINTS ... LGBTIU people who were victims of homophobic violence in recent months in Brazil.

Antinous is with us Again! He is spreading his power with renewed force, after having visited the Underworld to recharge his energy!

I offer my blessing upon all of you everywhere in the world tonight as FLAMEN ANTINOALIS, as the first person to respond to the call he sent out, that the time had come to renew his ancient faith in the modern world.

That time is happening now and we are all part of it, each and every one of us everywhere in the world.

We are in a state of war against our enemies. They have stepped up their hatred against us many fold ... Not since the Nazis sent us to the concentration camps, or since the Catholic Church burned us at the stake, have we seen so much hatred and violence against us. 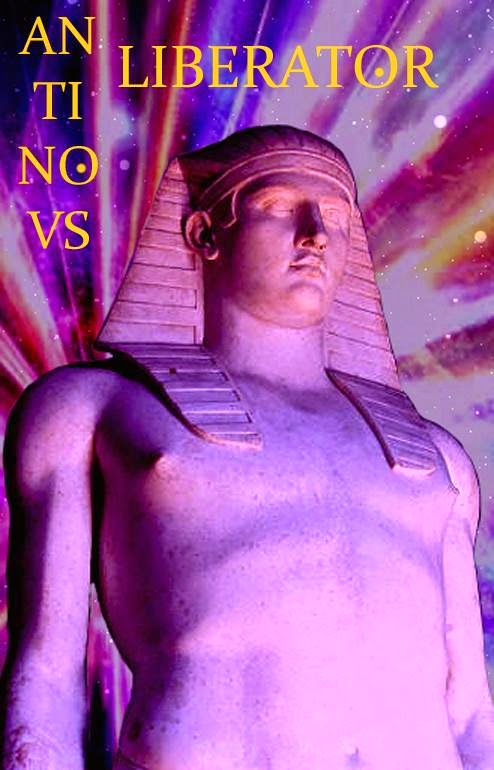 A Gay Genocide is underway!

Antinous has chosen this moment now to return ... as Liberator.

At first, years ago, it seemed like a mystery to me ... Why was I called to worship him? ...  Why had no one previous to me attempted to restore his ancient cult?

But now as events have gotten worse and worse (yet better and better) for gay people ... I understand. Because Antinous waited for this moment now to return in spirit to the world.

What I have seen so far of him ... is nothing compared to what will come ... and it brings immense hope for the future.

As Dark as events in the world may become ... a powerful light is shining stronger for Gay, Bi, Lesbian and Transgender people everywhere in the world!

Every day, more and more of us come together,

Every day, the fire of Antinous spreads

His name becomes less a strange, unheard of and difficult to pronounce name from Ancient times ... and more a realization that once there was a time when being gay was a sacred state of being, and that there was a god who represented us, and spoke on our behalf to the immortal powers.

Antinous is with us again...his power is growing stronger in our hearts.

Antinous is within all of US!

The Blessing of Antinous is with us all!

The Arisen Antinous has Come Again!